We were recently invited to participate in a Cupcake Wars-style play date, and as I'm always looking for an excuse to try out a new cupcake recipe, I accepted.

The theme was "camping"...and fearing there would be at least one s'mores cupcake, I opted for peach cobbler cupcakes (hello, Dutch oven yumminess), another dish reminiscent of food cooked over (or under) hot coals. 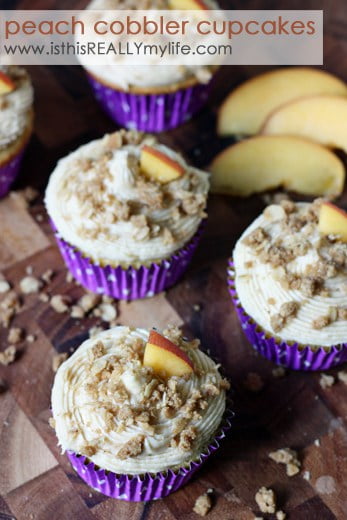 We could have gone with a tin foil dinner theme but I wasn't sure how to work ground beef, potatoes, onions and carrots into a cupcake....and win.

George chose our team name, the Grizzly Bears, and I let them bake those cupcakes from start to finish. Other than getting out the ingredients and helping them measure, they mixed, whisked, cored, filled, frosted and sprinkled. 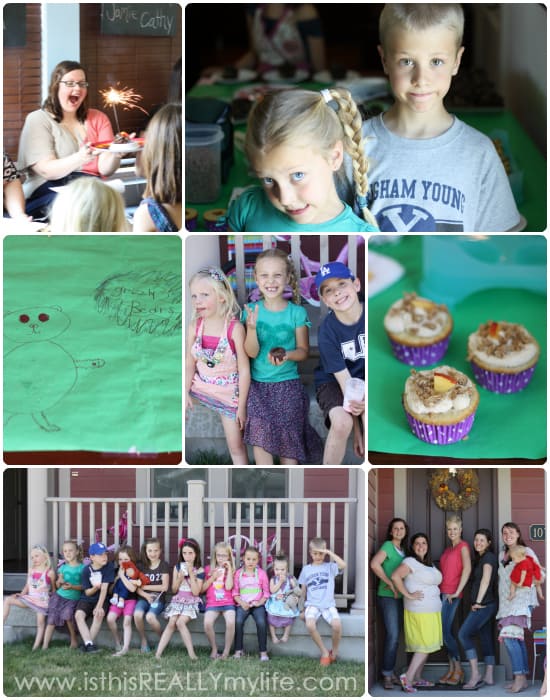 Though we didn't win (how can you beat sparklers?!?), these peach cobbler cupcakes immediately became my new favorite cupcake recipe.

The cupcake has the slightest hint of peach flavor due to a homemade peach puree and the center is filled with peach preserves. The brown sugar cream cheese frosting from Smitten Kitchen is to DIE for, and the oatmeal crumb topping seals the deal.

I'm not usually an inhaler of cupcakes but inhale I did. Multiple times. 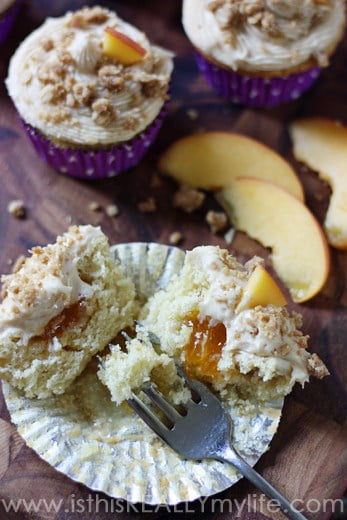 Today's peach cobbler cupcake recipe is part of a summer recipe roundup. You can check out all 20 summer recipes by clicking on the text links under the image.