Need a tasty way to use leftover ham or a recipe that’ll feed a crowd? Look no further than Hawaiian ham and cheese sliders! 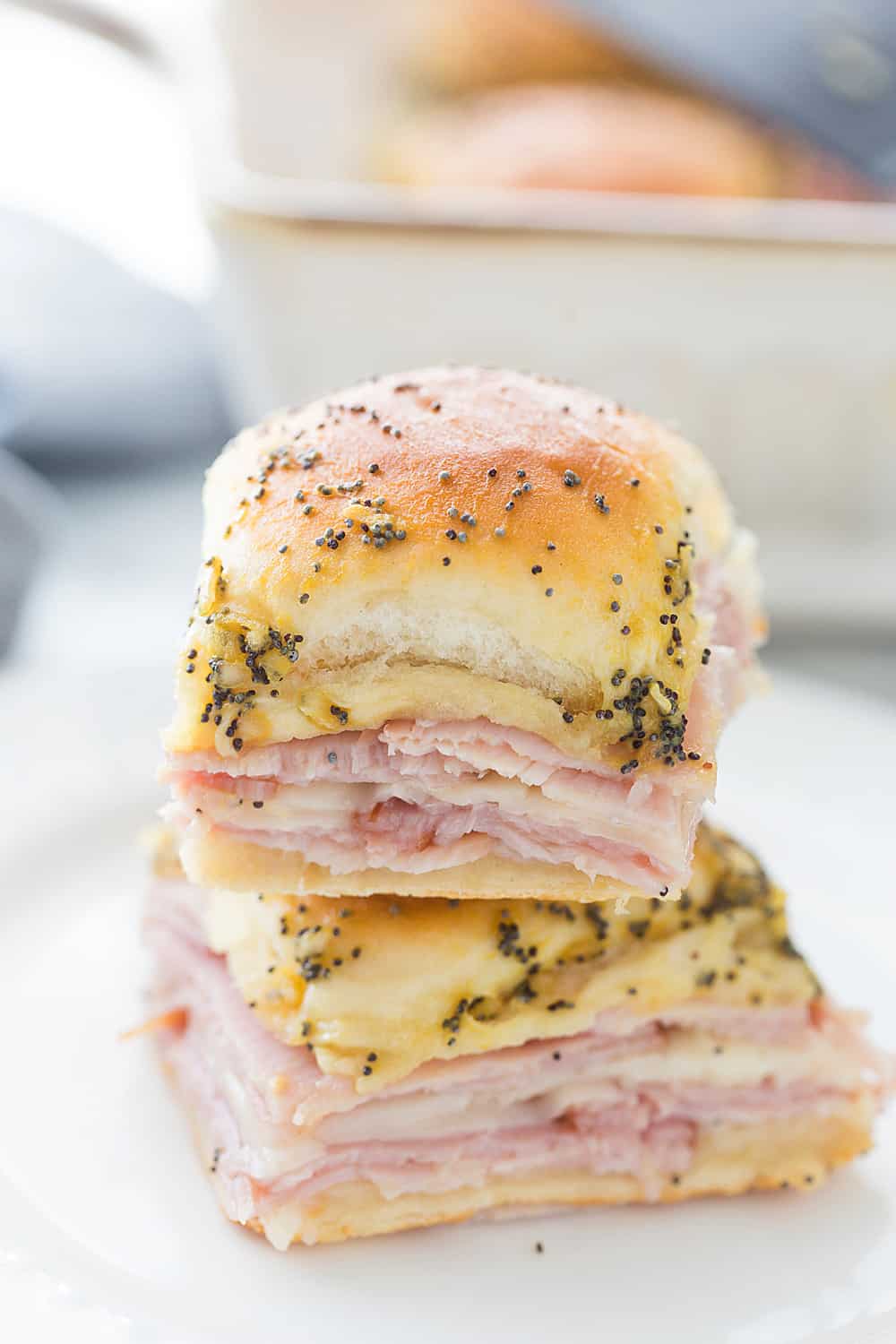 I feel like there are a million recipes for ham and cheese sliders but if you really want the best version, try this one. The secret is really two secrets: Hawaiian sweet rolls and the perfect butter mixture slathered on top! 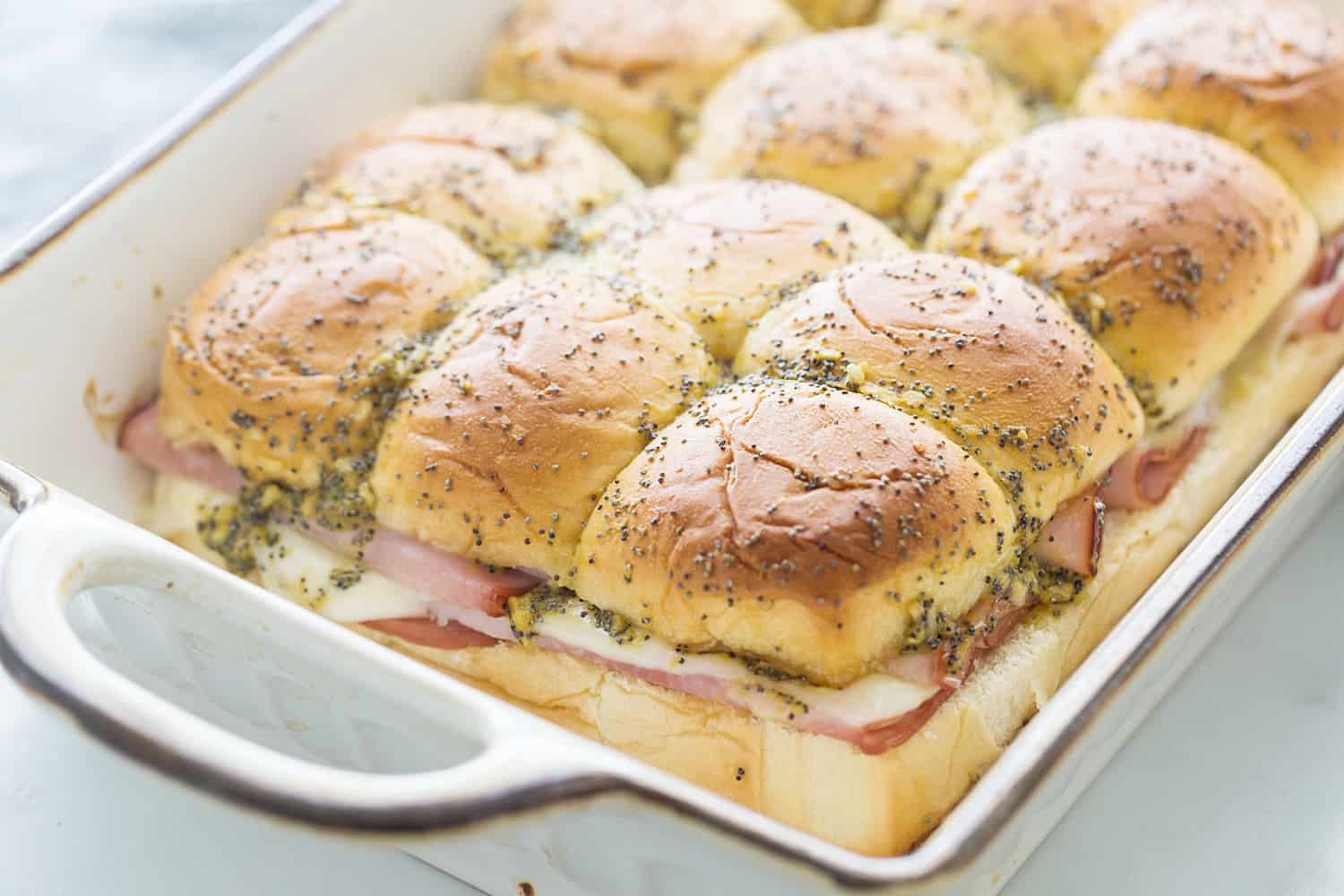 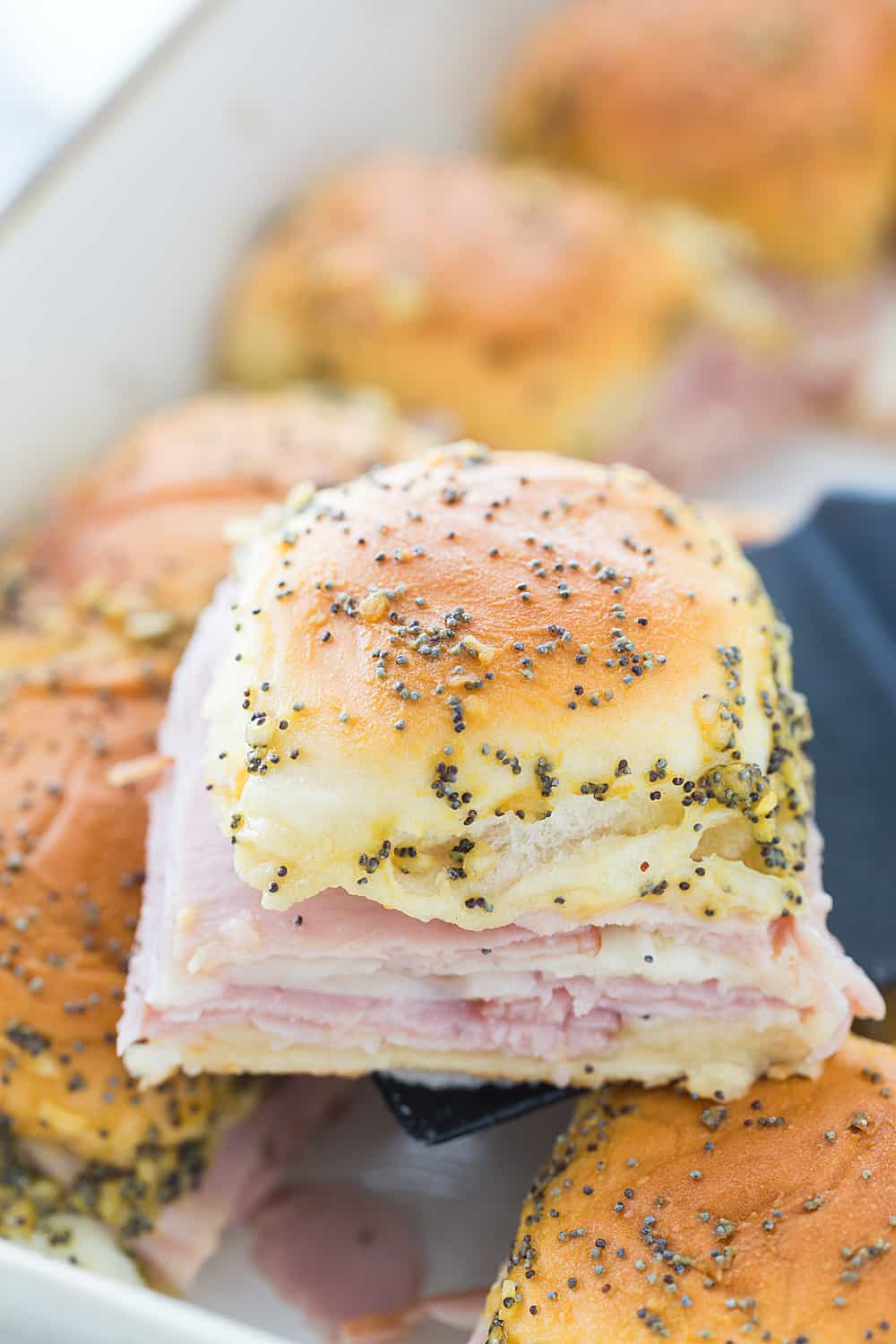 These Hawaiian ham and cheese sliders with poppy seed drizzle are right up there with my favorite finger foods like tater tot nachos and tomato bruschetta. We’ve made pans and pans of them for parties and holiday gatherings.

And while these sliders most often call for ham—a great way leftover ham recipe—you could also mix things up with turkey and swiss or even try adding a little kick with pepper jack cheese! 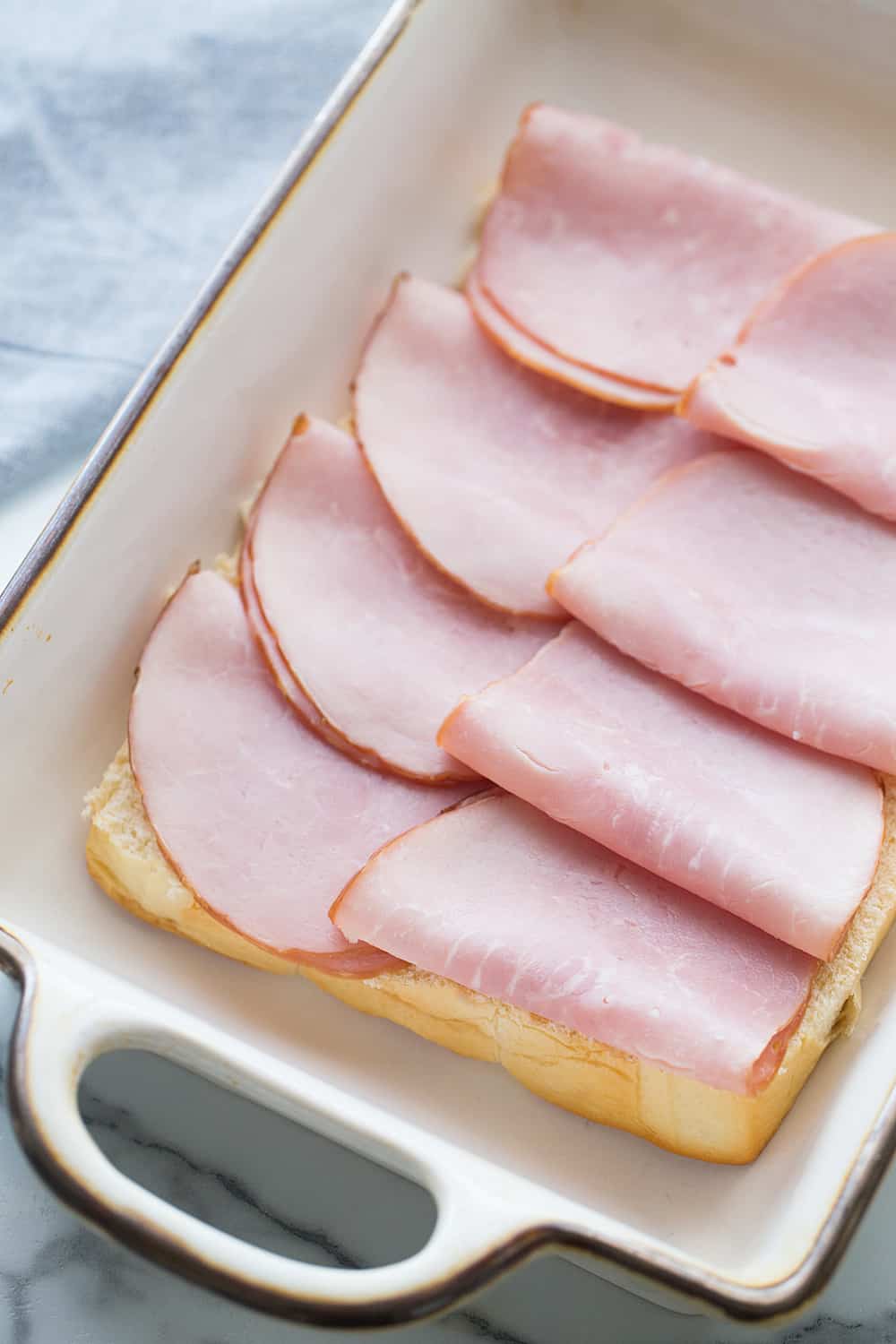 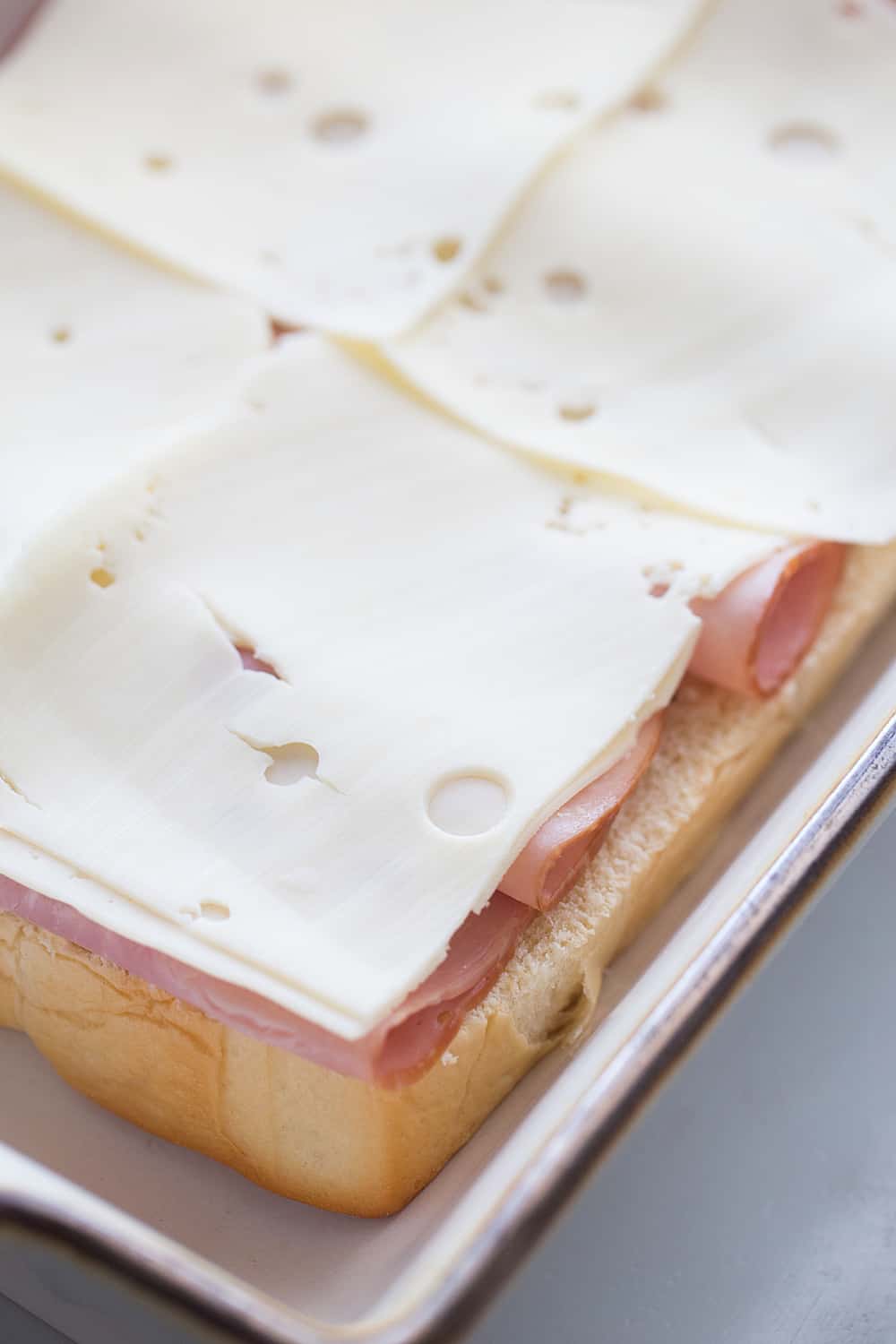 Making hamd and cheese Hawaiian sliders is almost as easy as eating them.

Step 1: Slice rolls in half and set tops aside.
Step 2: Layer ham, cheese, and then more ham.
Step 3: Top with other roll halves.
Step 4: Drizzle with buttery poppy seed mixture and bake. 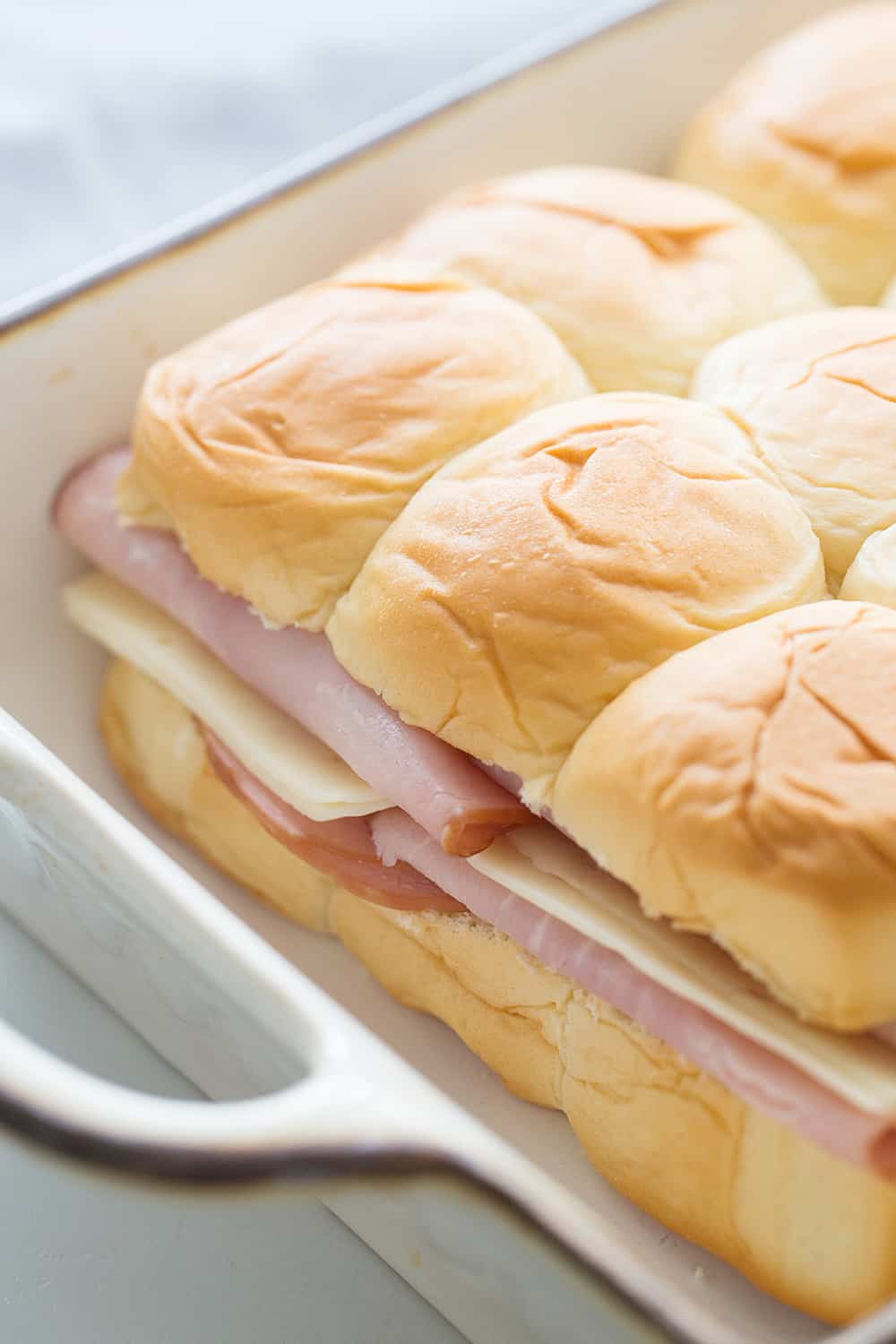 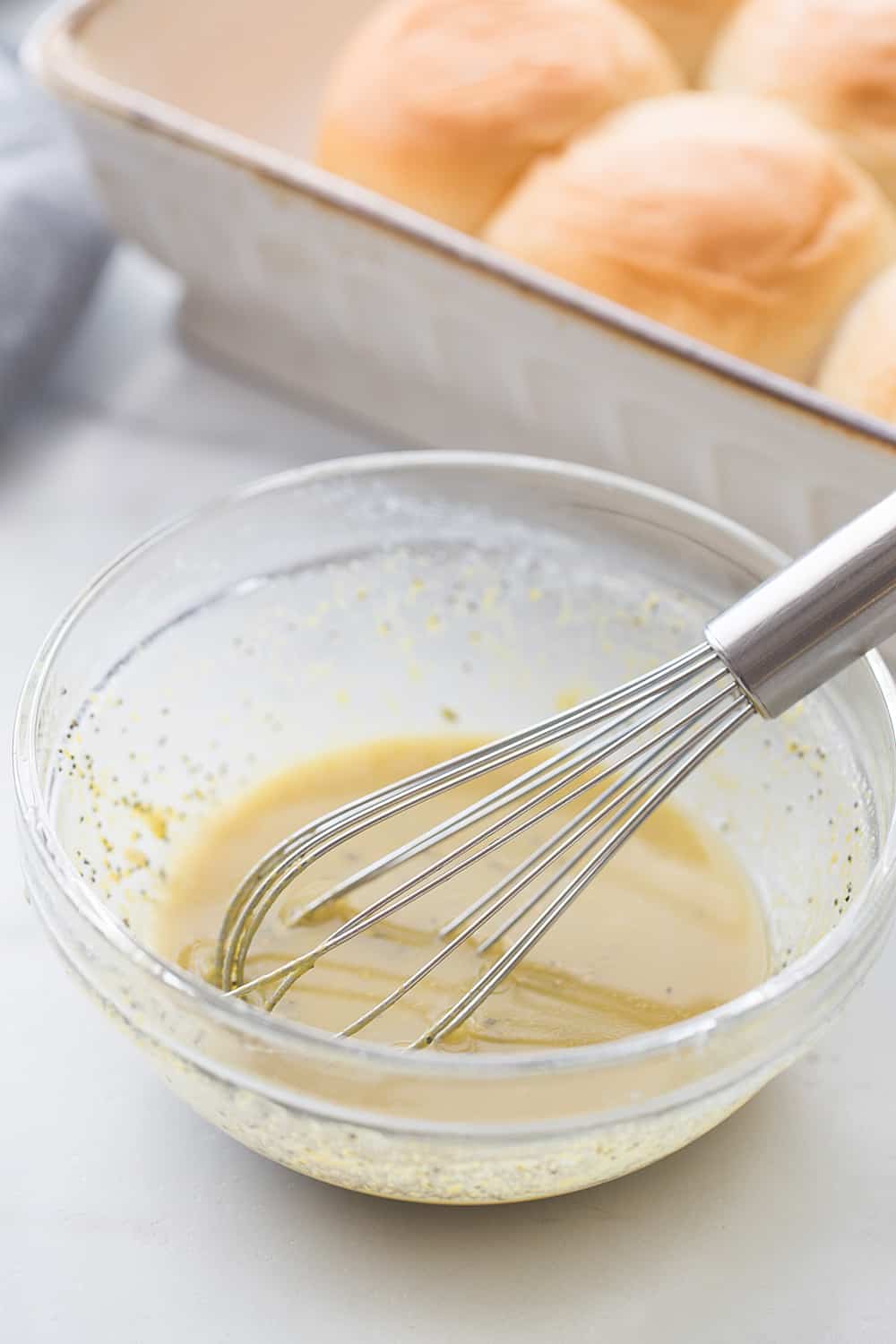 Yes, it’s that simple! The only real trick is to use a really sharp serrated bread knife to cut the rolls. Other wise you might end up with hacked-up Hawaiian rolls. 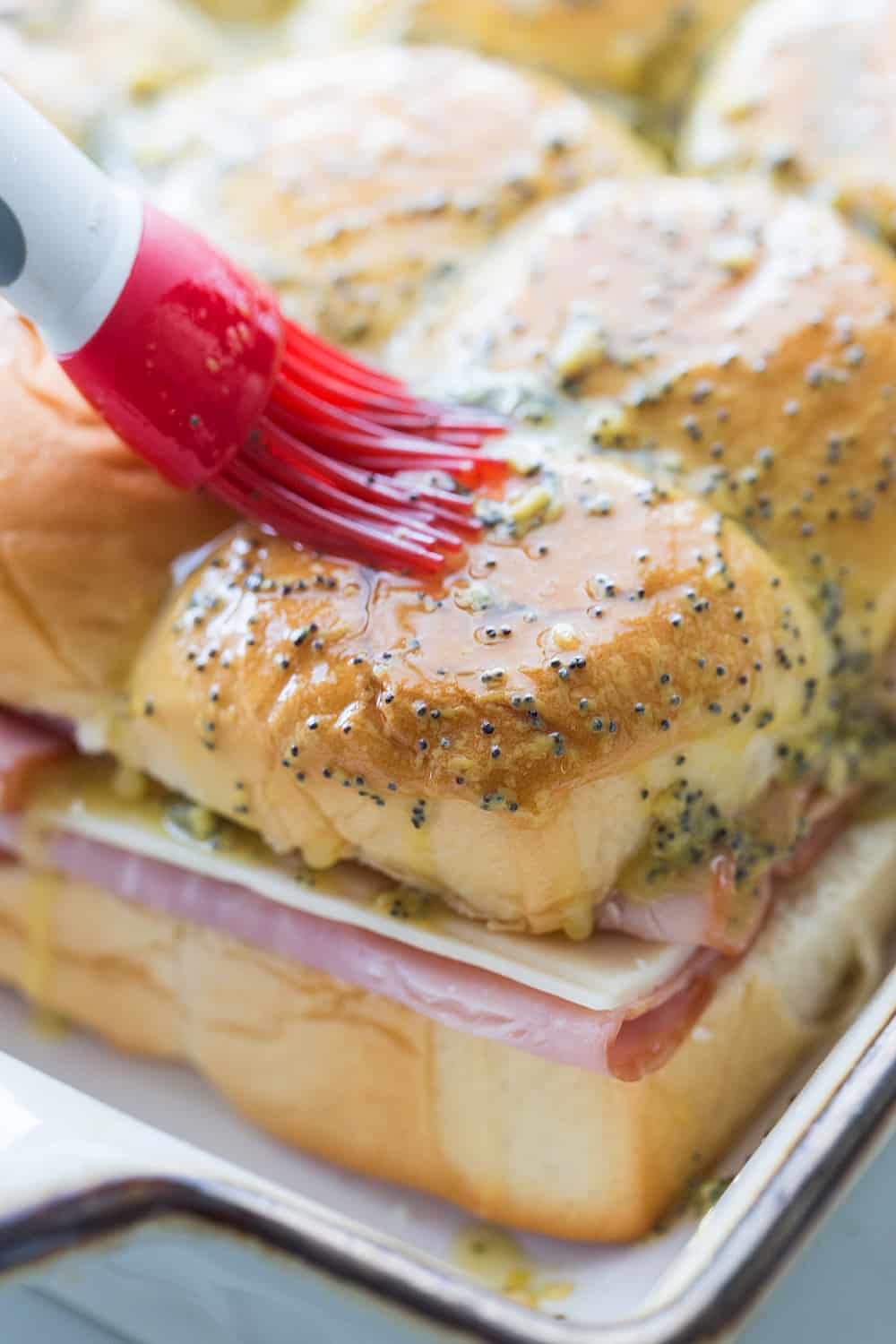 Out of all the leftover ham recipes, this is the real deal and the one your kids will ask for all. the. time. Trust me. 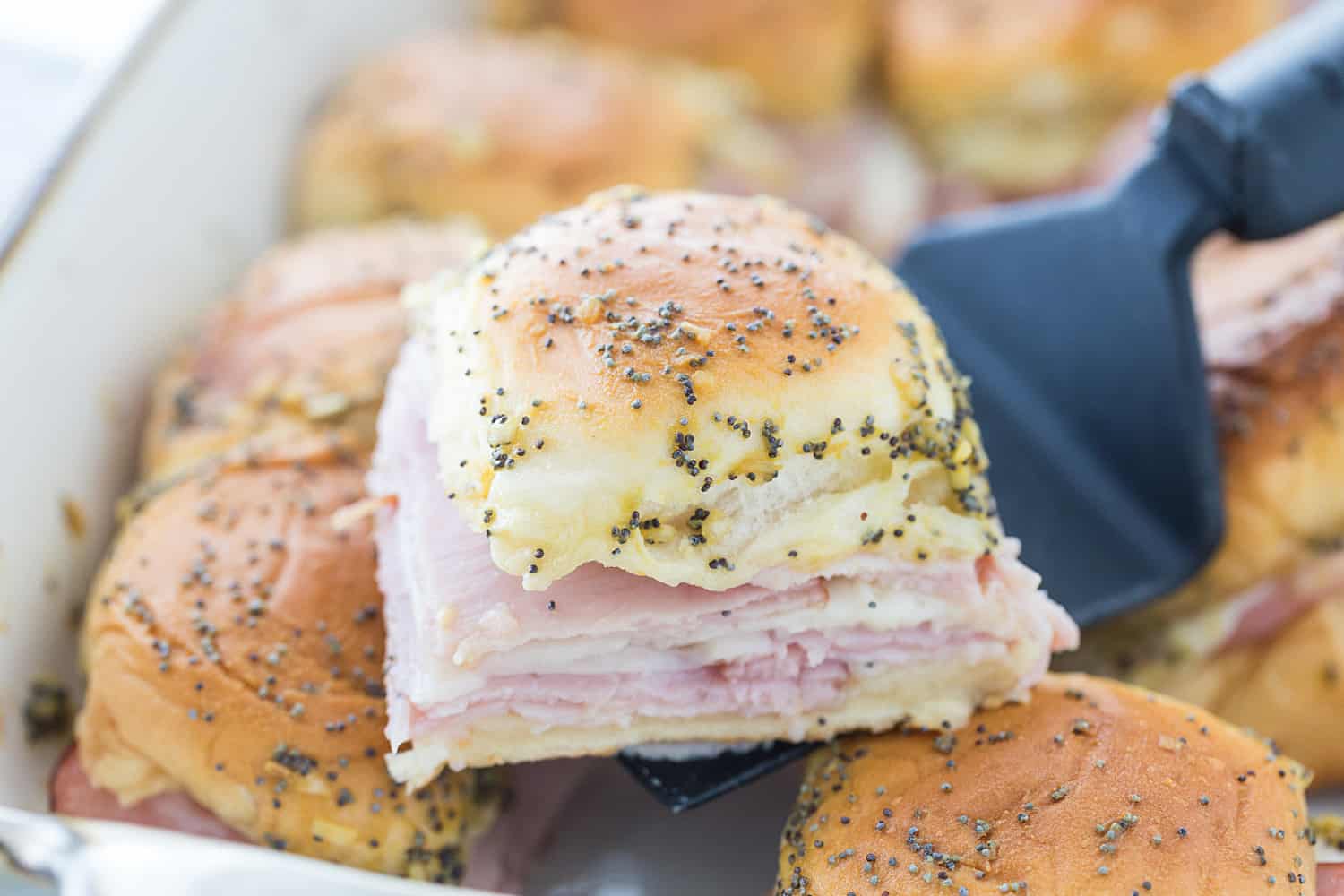