This peanut butter trifle was George's birthday request. He's been a fan of my chocolate trifle since he was old enough to shovel it into his mouth; I was happy to tweak the recipe to incorporate a bit of peanut buttery flavor. Hello, we're talking chopped Reese's Peanut Butter Cups. And those dang good peanut butter swirl brownies. 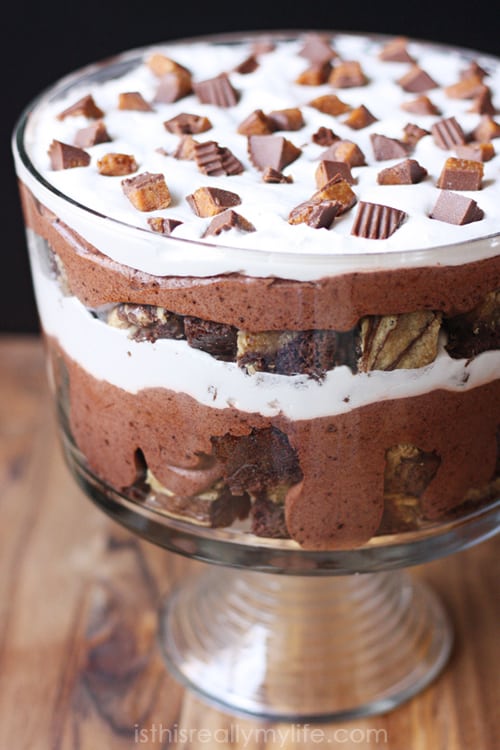 I'll be posting my classic trifle recipe in a couple weeks. Believe me, you don't need trifle more than once a quarter, but since you're only looking at photos and (hopefully) pinning the recipe, you'll be able to avoid the sugar coma that inevitably sets in with too much trifle. 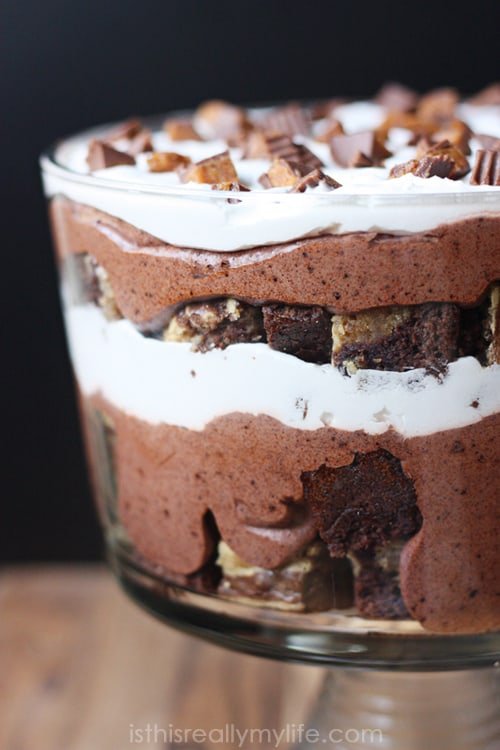 This peanut butter chocolate trifle is a fantastic holiday dessert because it:

Yep, it's pretty much a no-brainer crowd-pleasing dessert—and those are the very best kind. Printable recipe for peanut butter chocolate trifle below.