The third annual Worldwide Indexing Event will bring over 72,000 people together from around the world during a 72-hour event to save the world’s records. 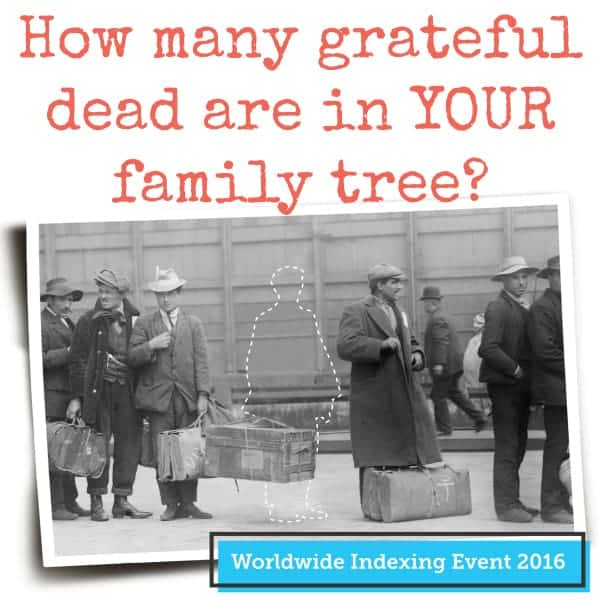 .
Disclosure: Though this is a sponsored post on behalf of FamilySearch, I’ve done the indexing thing and love it.

.
No, not world records like those you’ll see being set during the 2016 Summer Olympics. While they’re all kinds of amazing, I’m talking the world’s records—records of vital (pun intended) importance…precious historic records like birth, marriage and death certificates, military and property records, ship passenger lists and census records. 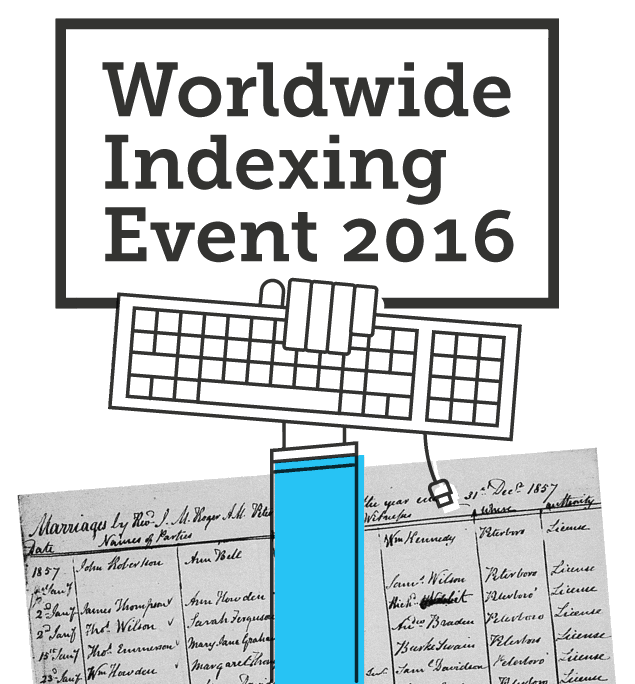 While technology has come a long way (Google Earth, virtual reality, Pokémon Go), computers don’t have mad skills when it comes to reading that old-fashion cursive or old-school typed pages. But people do, and it’s people like you and me who need to help re-write those vital records so computers can make sense of them. Once the world’s records have been indexed, they become searchable. That means fewer lost ancestors, a happier Great Aunt Betty (the family genealogist) and some pretty grateful dead.

I seriously crack myself up sometimes.

From July 15th to 17th, FamilySearch International will sponsor the third annual Worldwide Indexing Event. The third annual Worldwide Indexing Event will bring over 72,000 people together from around the world during a 72-hour event to save the world’s records. During the 72-hour indexing period, volunteers participate by downloading the FamilySearch software and completing as many names as they would like. Anyone, kids and grownups alike, with a computer and internet connection can join.

Volunteers have made over one billion historic records searchable online since FamilySearch introduced online indexing in 2008.

The demand for indexed records continues to grow as millions of historical records worldwide are added every year. To join 72,000 teammates in saving the World’s records, visit https://familysearch.org/worldsrecords. Last time I was there, the team count was over 150,000. Pretty sure this is going to be the best Worldwide Indexing Event to date!

About FamilySearch
FamilySearch International is the largest genealogy organization in the world. It is a non-profit, volunteer-driven organization sponsored by The Church of Jesus Christ of Latter-day Saints. FamilySearch and its predecessors have been actively gathering, preserving and sharing genealogical records worldwide for over 100 years. Patrons may access FamilySearch services and resources free online at FamilySearch.org or through nearly 5,000 family history centers in 129 countries.

Looking for some yummy treats to snack on while indexing? Try browsing my best of Is This Really My Life Pinterest board. I guarantee you’ll find quite a few!