Hi again, it’s me, the one with the excellent choice in music. ;)

I know it’s late, but it’s still Monday so ha.

This week, Vampire Weekend is the band chosen. Vampire Weekend has a similar sound to Two Door Cinema Club (who I posted about last week), but I like the way their music sounds a little better. Their album, Modern Vampires of the City, is one of my all time favorites. The two songs I love the most from them are “Unbelievers” and “Walcott.” 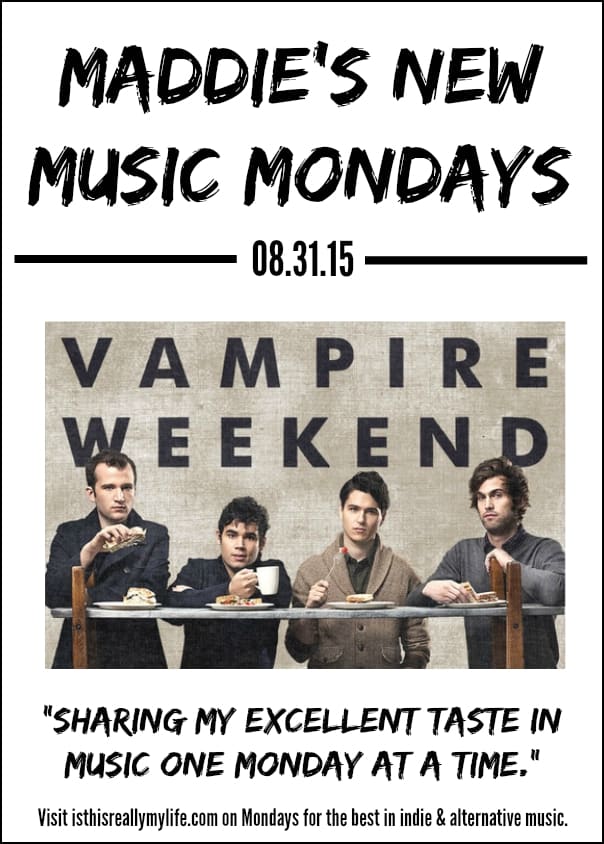 “Unbelievers” is from Modern Vampires of the City and “Walcott” is from their album Vampire Weekend.

Some info about them (again the credit goes to Wikipedia) is that they’re an American rock band from New York City, my new most favorite place ever. Their album Modern Vampires of the City won them a Grammy Award for Best Alternative Music Album in 2014.

Some of their other songs I love are “Step,” “Worship You,” and “Holiday.” Check ‘em out!

Previous Post: « The Gadget That Peels Garlic Faster Than My Kids Go Through Goldfish Crackers + 10 Recipes for Garlic Lovers
Next Post: Reliving the Past with Conair Quick Twist »