...I can honestly say it is far from lame. Sure, Disney's PROM had a few lines that made Steph and me roll our eyes and figuratively gag, but what Disney movie aimed at pre-teens and teenagers doesn't have a few non-zingers? 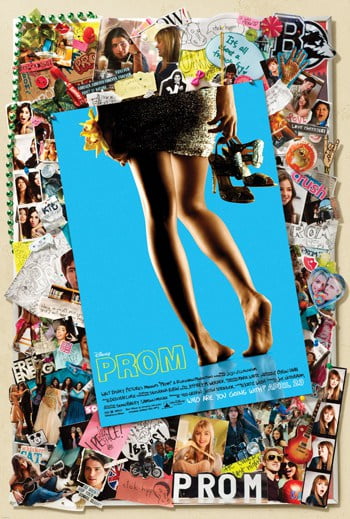 I was hesitant to take my 13-year-old to a movie about a high school prom considering the R-rated-ness of most high school-themed movies (especially about senior prom). I banked on it being an honest-to-goodness Disney PG movie, hoping it was more like Freaky Friday and less like American Pie. While I don't shy away from talking about important issues like alcohol, drugs and teen sex at home, I'm not ready for my 7th grader to see teenagers making it to third base (and beyond) on a 30-ft by 70-ft movie screen. The trailer seemed clean enough:

I had my hopes but didn't know exactly what to expect. And I was pleasantly surprised. Disney's PROM was good, clean, high school fun. Sure, I rolled my eyes at a few lines but I also smiled, laughed, silently cheered (Jordan, you go, girl!), silently booed (Tyler so deserved it, trust me) and even got a bit emotional (just wait; Lloyd might have that effect on you too). 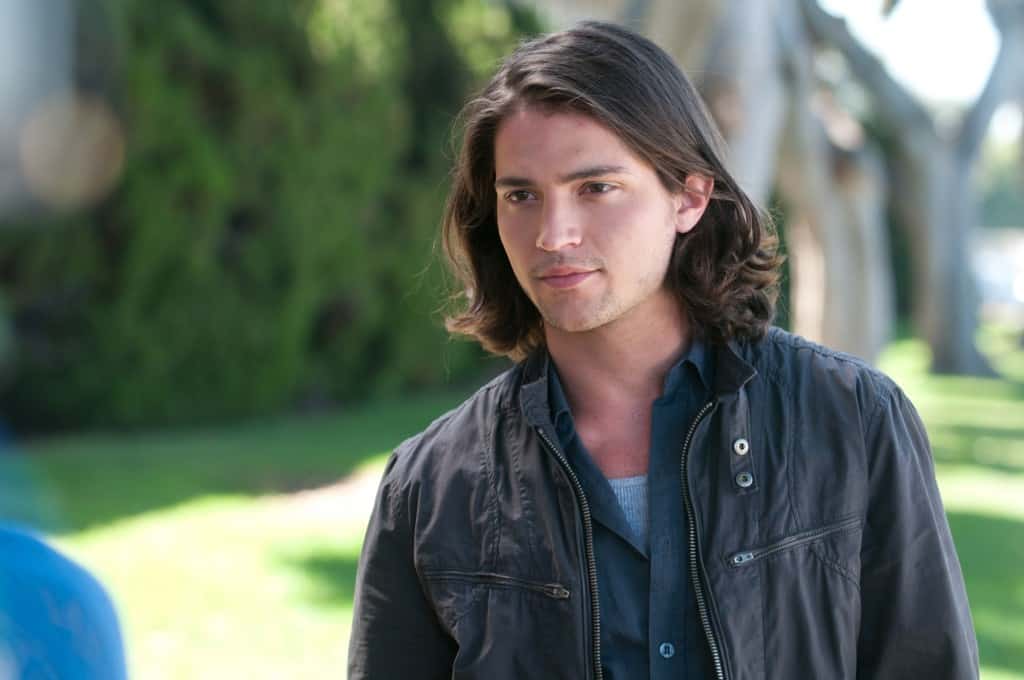 Sure, I'm old enough to be his mom, but that doesn't mean I don't appreciate a little eye candy in a movie. *sigh* If only I were 10 years younger... (Thomas McDonnell, who plays Jesse, is actually 24. I'm not as creepy an old woman as you thought. And that makes it okay for me to throw a bit more eye candy into this post. You're welcome.)

Apparently Jesse wasn't Madison's type. She was much more a fan of Corey, the red-headed, freckled sophomore. (I'm way okay with that.) 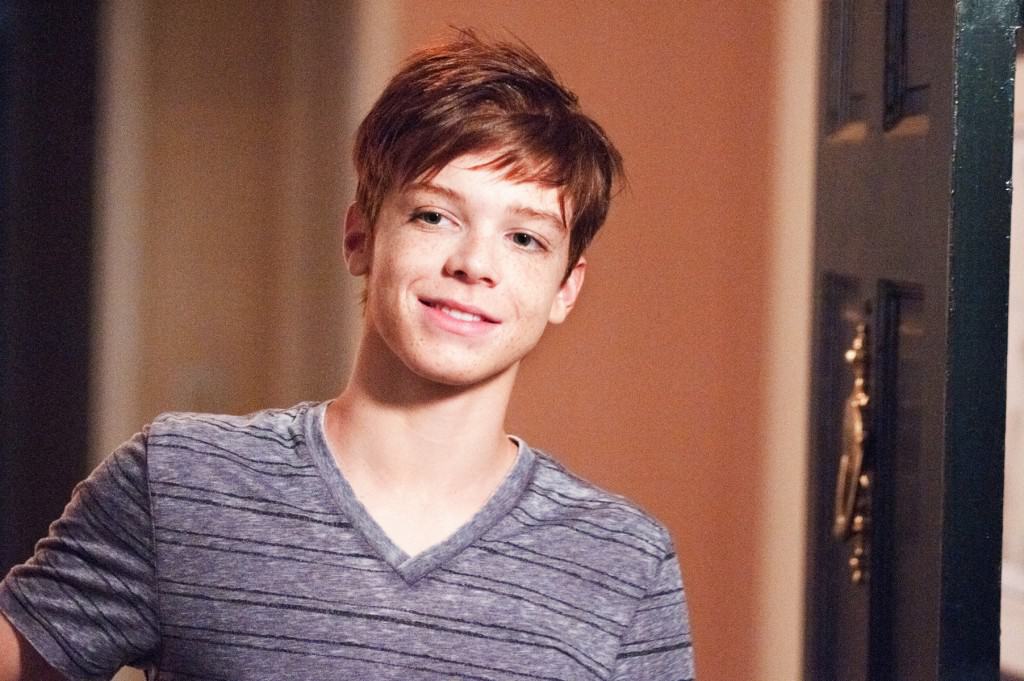 Speaking of my 13-year-old, here's what Madison had to say about Disney's PROM:

I thought it was a funny movie and I really want to see it again and again. Cory was my favorite. He's super cute! My friends would love it, especially the part of the movie when Jesse's in the office and he's talking to Principal Dunnan. The best line in the movie was when Jesse said something like, "I talked with myself...and I'm okay with it."

The part about wanting to see it again and again is a pretty high compliment considering Madison watched High School Musical maybe once—and that was because I guilted her into it after buying it for the girls for Christmas.

While watching the movie (and watch it you will even if it's not until PROM is on DVD), look closely and you'll find characters reminiscent of the classic 80's high school movies (think Lloyd as John Cusack, Jesse as Johnny Depp). You even get a fabulous soundtrack. I pretty much loved every song I heard throughout the movie even though the only artist I'd heard of was Neon Trees. (If you want a sampling of the music, click here.) Speaking of Neon Trees' "Your Surrender," here's the video. I adore it...and not just because Thomas McDonnell's in it.

Though it doesn't come close to the all-time greats like Say Anything and The Breakfast Club (I doubt any movie can), it does have themes that resonate with youth no matter the decade: bad boys aren't always who they seem; self-confidence doesn't require a boyfriend; and the slightly nerdy underclassman can get the girl who's way out of his league.

All that plus a great cast and a fabulous soundtrack

make Disney's PROM a heck of a lot more memorable than my own. Just sayin'.

P.S. While at the movie premier we learned about the Cinderella Boutique, a project of the Young Lawyers Division of the Utah State Bar (YLD). The group collects new and gently used prom and special occasion dresses and accessories and the during homecoming and prom seasons, YLD hosts the Cinderella Boutique at locations (e.g. high schools) in the Salt Lake Valley. The girls are invited to select a dress, pair of shoes and accessories to borrow for the occasion at no cost. How cool is that?

If you would like to donate, YLD accepts new and gently used prom dresses, shoes and accessories and new makeup and jewelry samples. You can drop off your donations at any of the eight Henrie's Dry Cleaners locations. (Visit www.henries.com for a list.) For more information about the Cinderella Boutique, contact Kate at 801.953.4010 or kate7181 {at} hotmail {dot} com.

A big thank-you to Disney for giving Madison and me a fun mommy-daughter date night even if I did sit next to Steph so I could tell her all about Jesse's tank-topped physique, which she missed when she briefly stepped out to...ahem...powder her nose.