No, it's not "Mike Snow." It's pronounce "maik sno." Miike Snow is a Swedish indie pop band that was formed in 2007. The band consists of producing team Bloodshy & Avant and singer Andrew Wyatt. The bans is usually represented by the image of a jackalope. 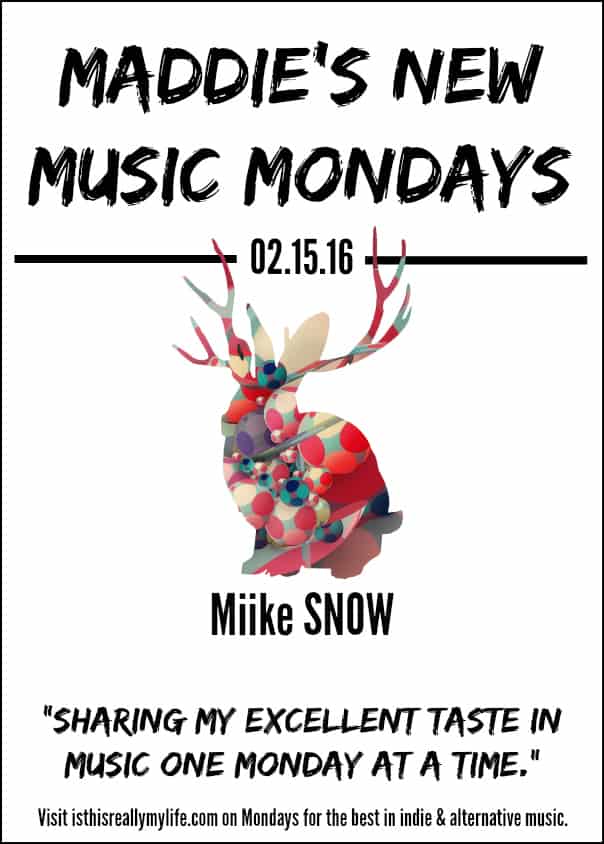 The two songs that I most like are "Animal" and "Black & Blue."

I also really like "Song for No One" and "Cult Logic."

Leave a comment with which one you liked the best!

Don't forget to sign up for free is this REALLY my life? updates via RSS or email so you don't miss a single awesome post.
.