Post may include affiliate links to support my Diet Coke habit.

I am a firm believer there aren’t nearly enough uplifting, inspiring movies hitting the box office these days. Okay, Inside Out—even with its sad moments—was an awesome feel-good movie, but it didn’t inspire change other than causing me to contemplate changing my hair to look more like Joy’s. That’s not real change. Real change happens when you stand up for what you believe, speak for those who can’t, and empower others to do the same.

Kind of like the change Malala has initiated throughout the world. 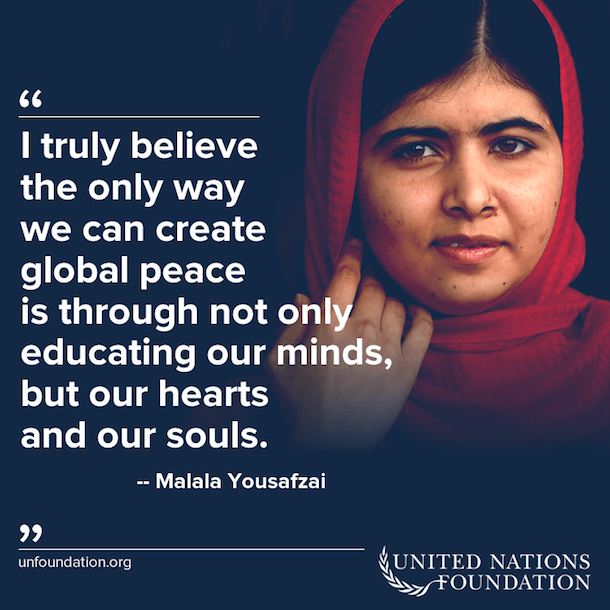 Even if you haven’t read I Am Malala, I’m sure you’ve heard of Malala Yousafzai, the girl from the Swat Valley in Pakistan who refused to be silenced and fought for her right—and every girl’s right—to an education. Because of her beliefs, she was shot in the head by a Taliban insurgent at point-blank range while riding the bus home from school. She survived and has continued to fight for girls’ education; at sixteen, she became the youngest nominee ever for the Nobel Peace Prize.

Malala’s story is an incredible one and I have no doubt it started when her father named her after Malala of Maiwand, a national folk hero of Afghanistan who rallied local Pashtun fighters against the British troops at the 1880 Battle of Maiwand (thank you, Wikipedia).

Here’s where I interrupt and tell you Malala’s father, Ziauddin, is incredible in his own right. I was as intrigued by him as I was his daughter. Truly. 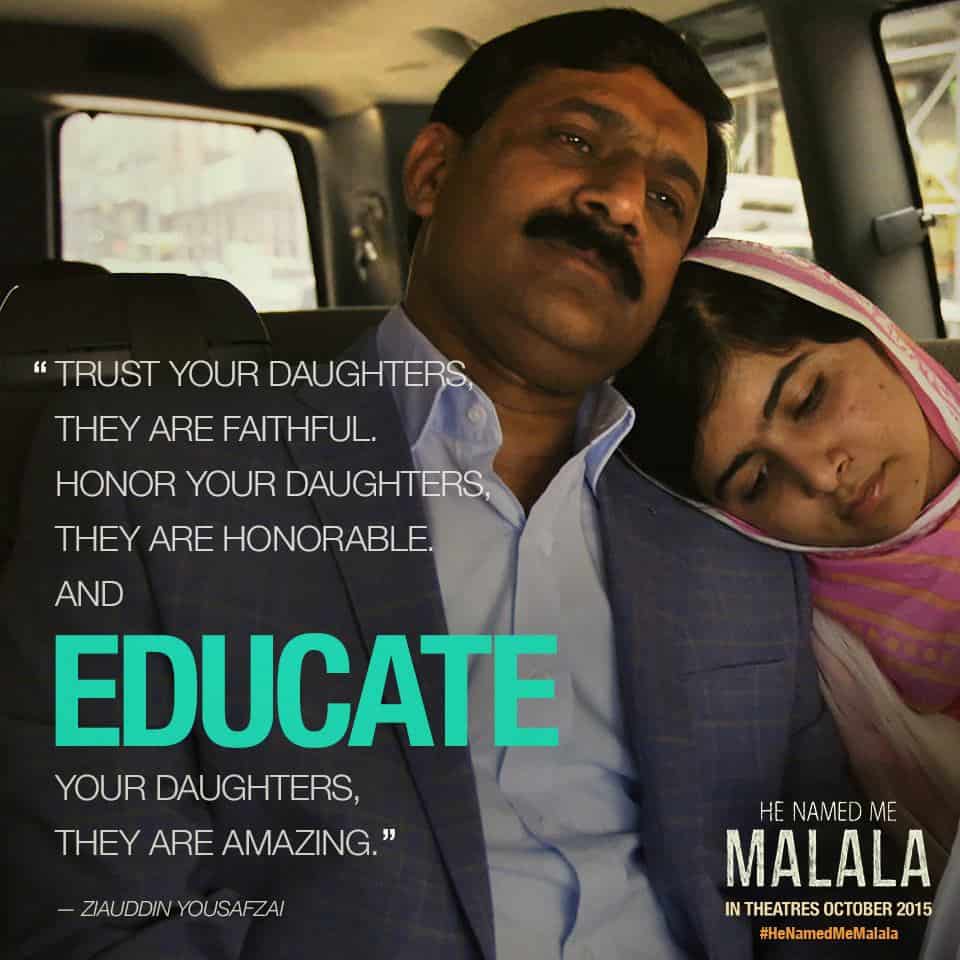 He Named Me Malala tells Malala’s story—the story of how “one child, one teacher, one book and one pen can change the world.” And it’s all kinds of amazing.
.

.
I attended a screening of He Named Me Malala a couple weeks ago and loved every minute of the movie. In fact, there were so many noteworthy moments I finally had to take out a notebook and write them down (hoping they’d be legible in daylight). Fortunately they were, which means I can share my favorite takeaways with you. 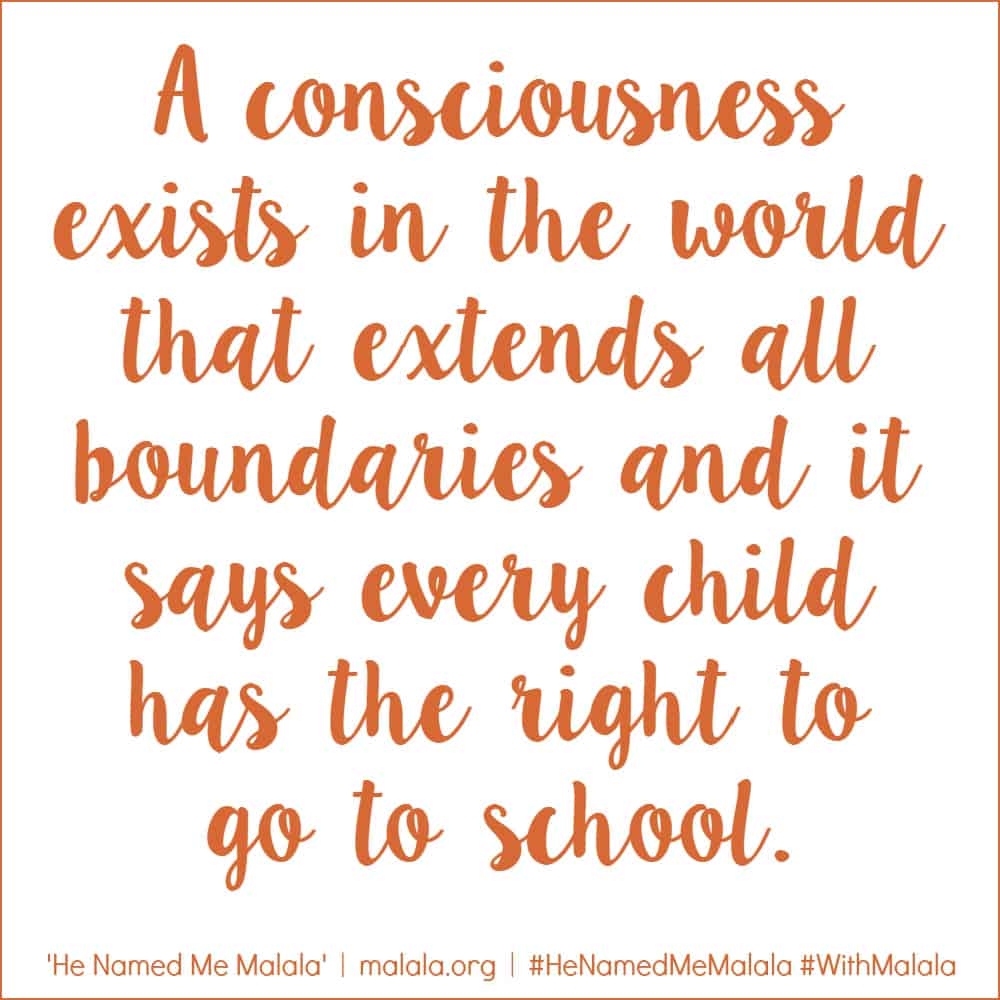 .
One of the things that touched me most was discovering that Malala, a powerhouse for change, is also a normal teenage girl. She teases her brothers (her youngest brother had Lauren and me in fits), she giggles with friends, she worries about whether her classmates will like her and she has crushes on cricket players.

Oh, and Roger Federer. But who doesn’t?

But as a typical teenager, she is atypical in her humility. She refuses to speak of her suffering because that is not her story. Her story is about remembering children without access to education. 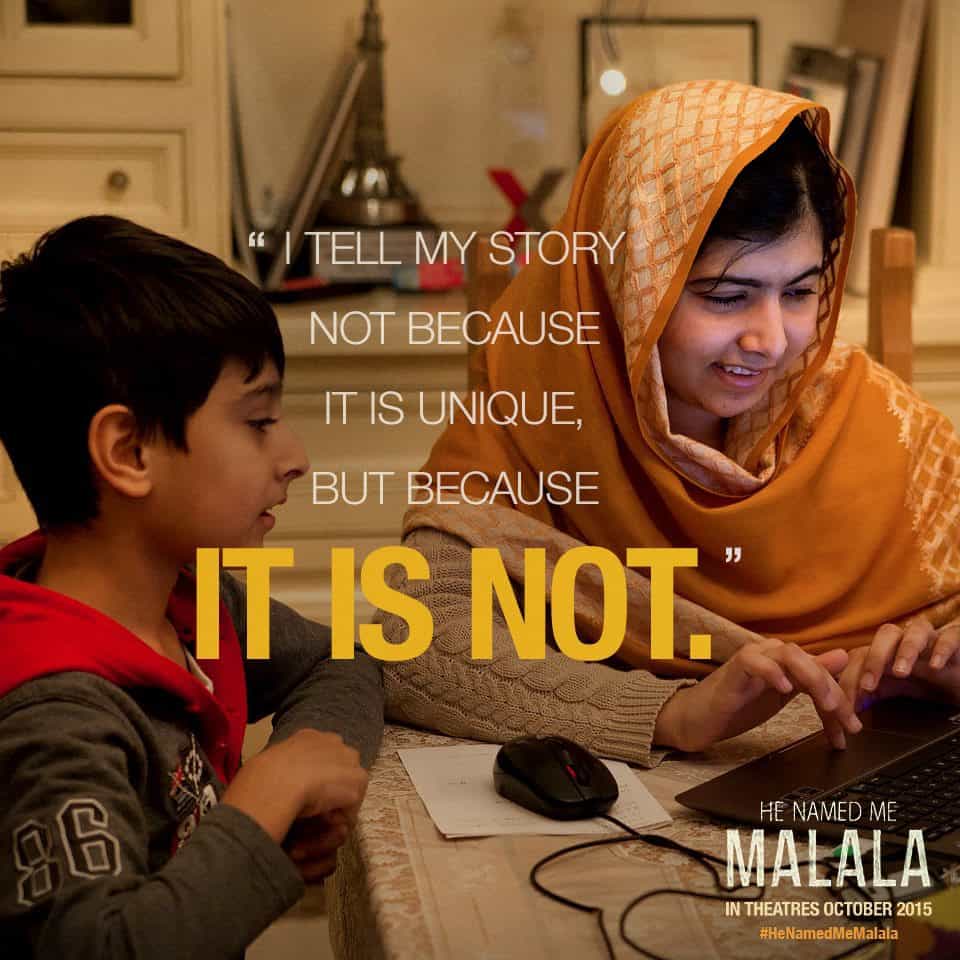 He Named Me Malala opens in New York and LA on October 2nd and nationally on October 9th. Put it on your calendars NOW. I’ll be taking Madison because she missed the screening and I’m all too happy to see it again. 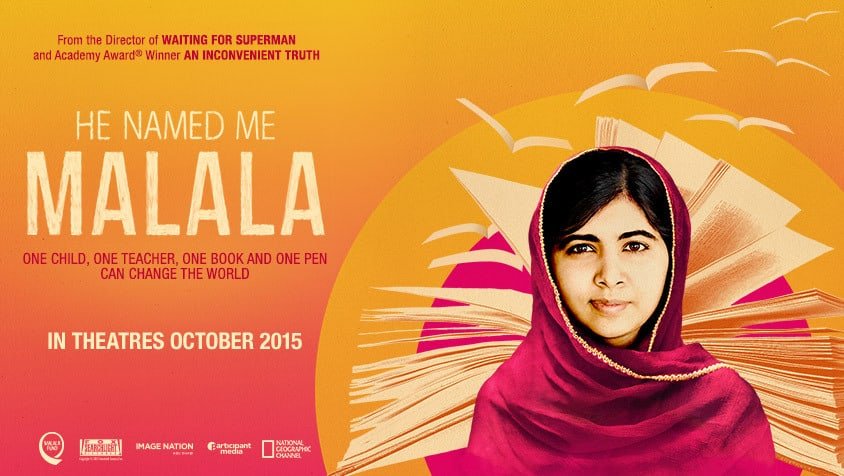 Here’s where you can find all things Malala online. When joining the conversation, use the hashtags #HeNamedMeMalala & #WithMalala.