If you've been hanging around these parts for a while then you know I'm a huge fan of Hale Centre Theatre. I love the theater-in-the-round setting, the intimacy of a smaller stage and the amazing productions they put on year after year: The Diary of Anne Frank, The Scarlet Pimpernel, Carousel, South Pacific, My Fair Lady and A Christmas Carol to name a few. 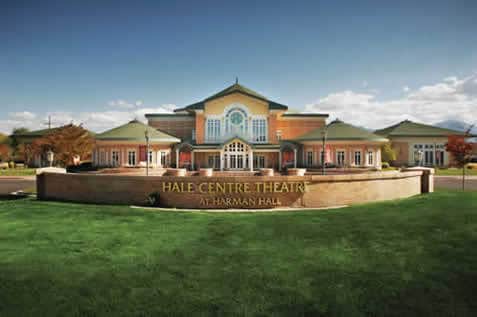 This Friday I'll be taking my girls on a mommy-daughter date to see Father of the Bride, and then I think we'll do a family date when Oliver! hits the stage. I'm super sad I missed the pyrotechnics in ZORRO the Musical. 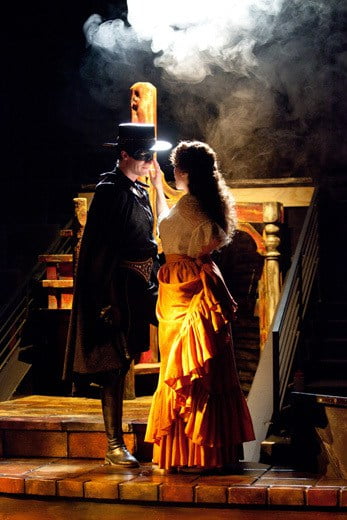 We've been season ticket holders in the past and I'm sitting here shaking my head wondering why we don't have them this year. Crazy.

Hale Centre Theatre just announced its 2013 lineup and I'm thinking season tickets will be on my 2012 Christmas wish list.

Just look at the productions HCT will put on next year starting New Year's Eve 2012. I've included a brief synopsis...just enough to make you want season tickets as well!

For ticket information, call, click or visit the theatre:

And now for the giveaway!

Hale Centre Theatre is giving away one (1) pair of tickets for your choice of production during the 2013 season!

To enter, leave a comment telling me your favorite stage production. Have you seen Wicked more times than you can count? Or do you prefer the mystery of Phantom? Or better yet, is your favorite a production by your local community?

For extra entries, you can do any/all of the following. Please leave a separate comment for each one you do (each one earns you an extra entry).

This giveaway will end at midnight on Friday, May 18th.

Disclosure: A big thank you to Hale Centre Theatre for providing two pairs of tickets for a 2013 production. That means one pair for the giveaway and one for me.  We get a date night too!