German chocolate caramel brownies are a tasty variation on your typical brownie recipe. Plus they use a cake mix so whipping up a batch is even easier! 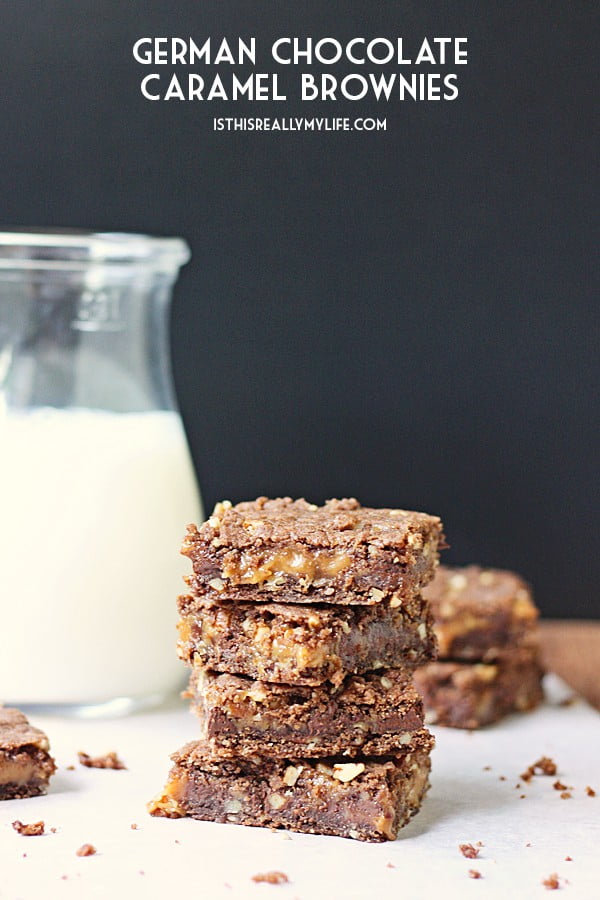 When I first imagined these German chocolate caramel brownies, I pictured a pan of ooey gooey chocolate brownies topped with toothache-worthy coconut pecan frosting. Though these aren't quite that decadent (my waistline is grateful; my taste buds are not), they are a tasty variation of your typical pan brownies. These German chocolate caramel brownies use a cake mix, which makes whipping up a batch even easier.

When it comes to desserts, I love easy. And chocolate. 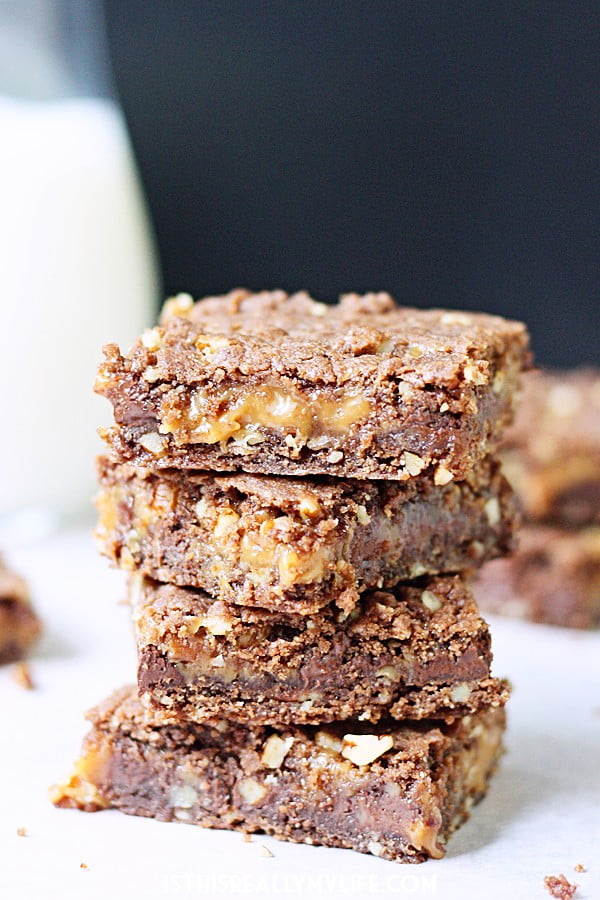 I was a bit worried there wasn't enough brownie batter (it's more like a thick cookie dough) to spread in the pan but even the thin layers baked up nicely. I'm guessing it has something to do with these German chocolate caramel brownies being made from a cake mix. Whatever the reason, the end result was delicious. I served these brownies to Madison's friends and they were huge fans.

A couple of the boys even thanked me from the other room. That proves these babies are yummy. 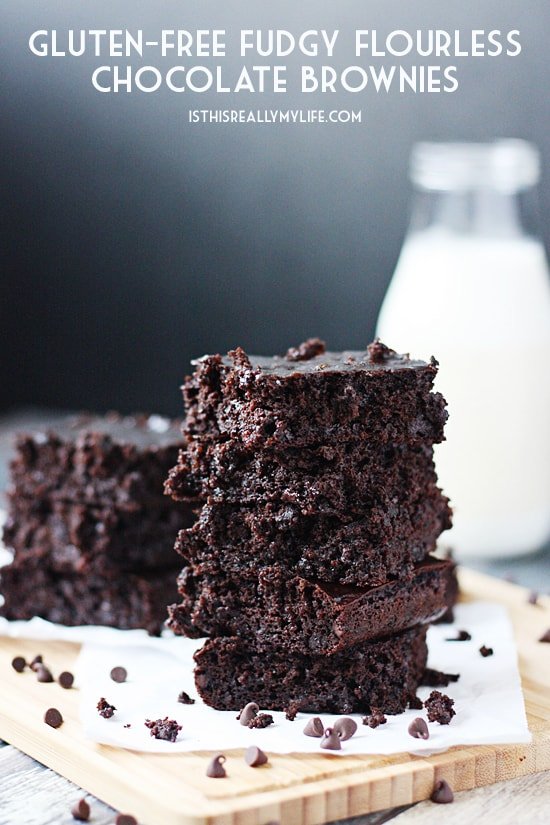 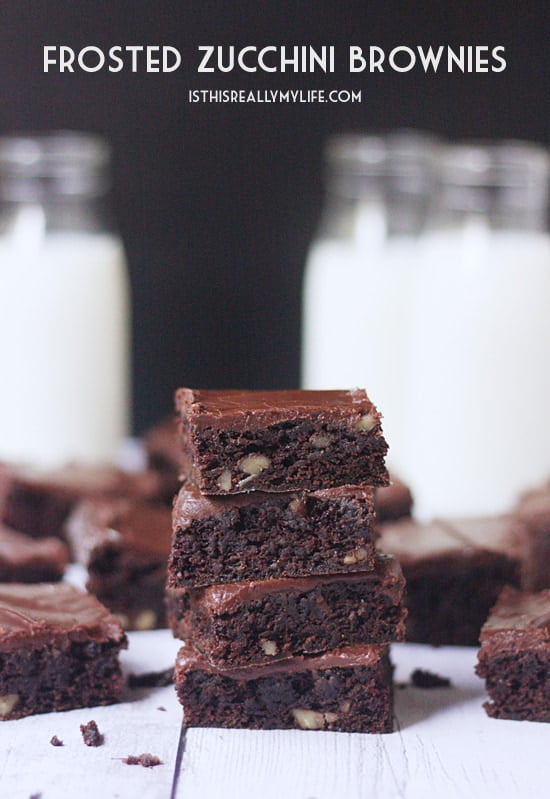 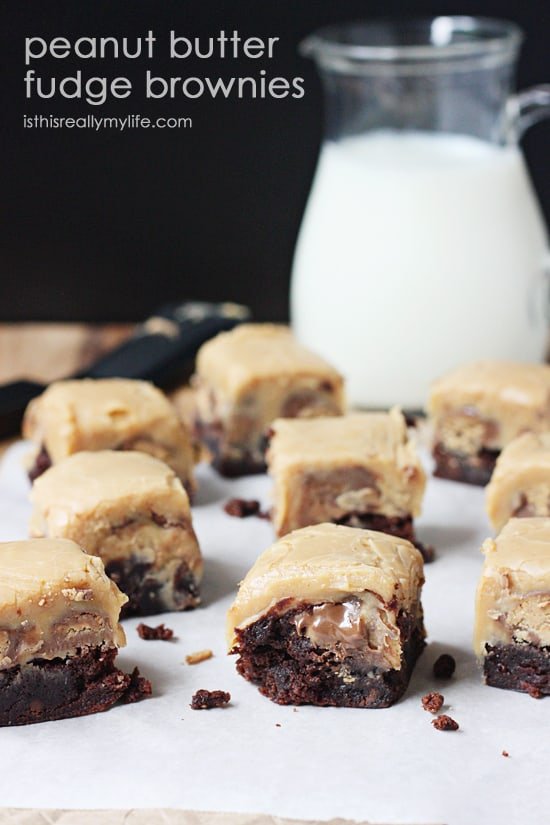 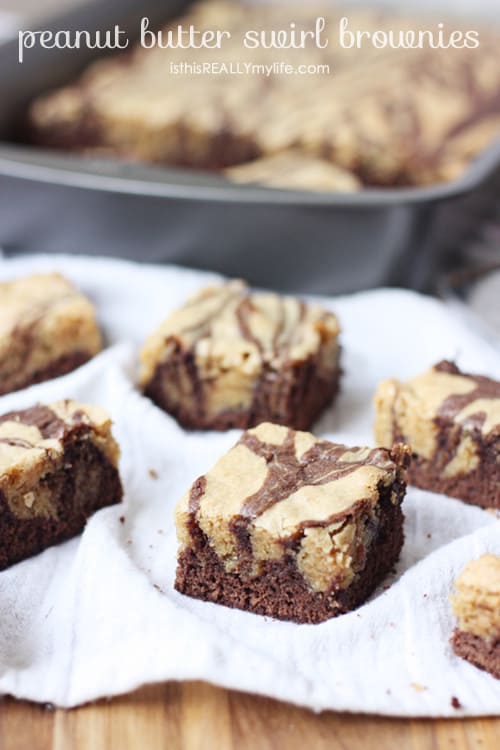