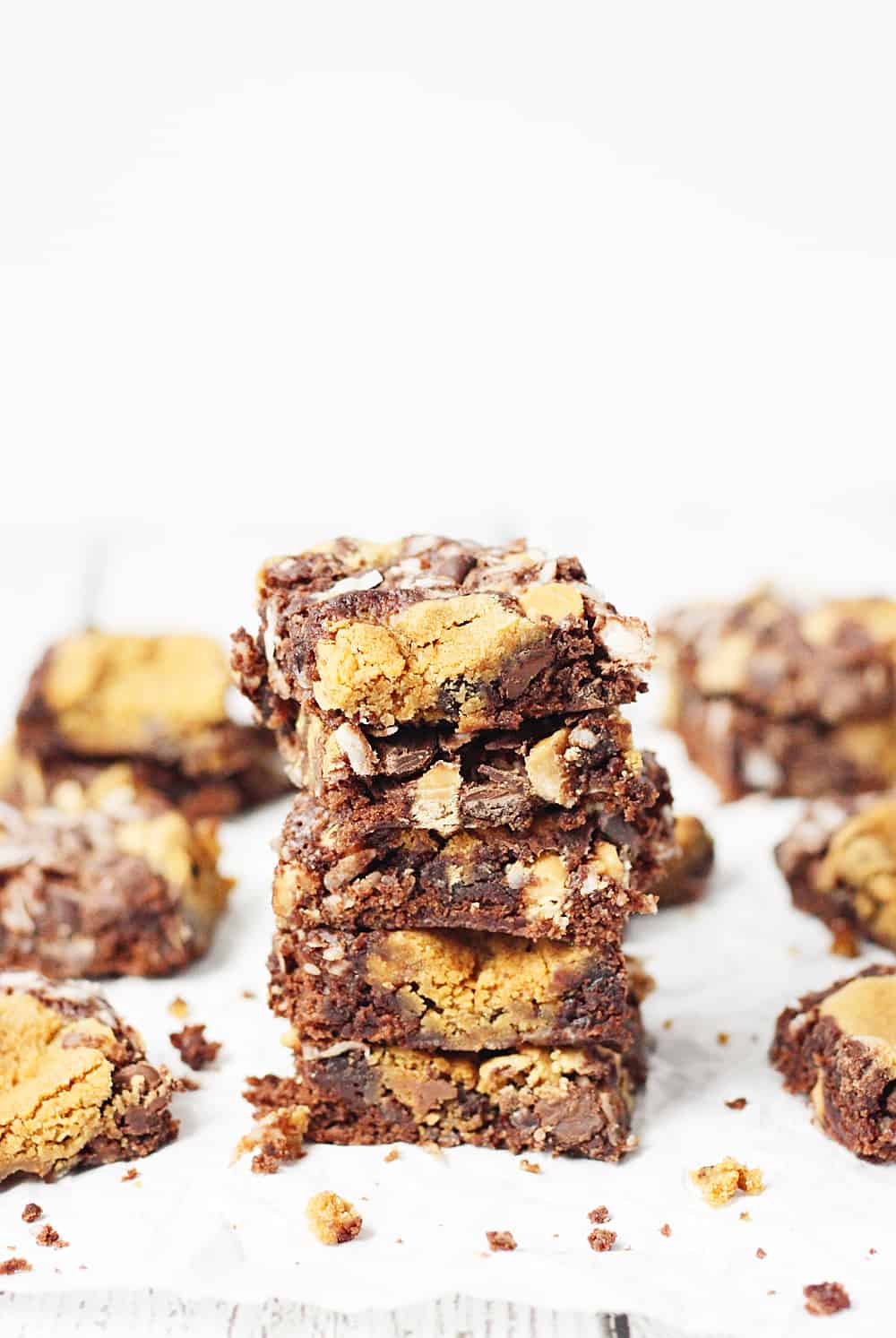 I sort of struggled when coming up with a name for these double peanut butter coconut brownies. My daughter said I should call them peanut butter brownie bonanza, which sounds super awesome, but it doesn't let on there's all kinds of peanut butter plus coconut in these sheet-pan brownies. 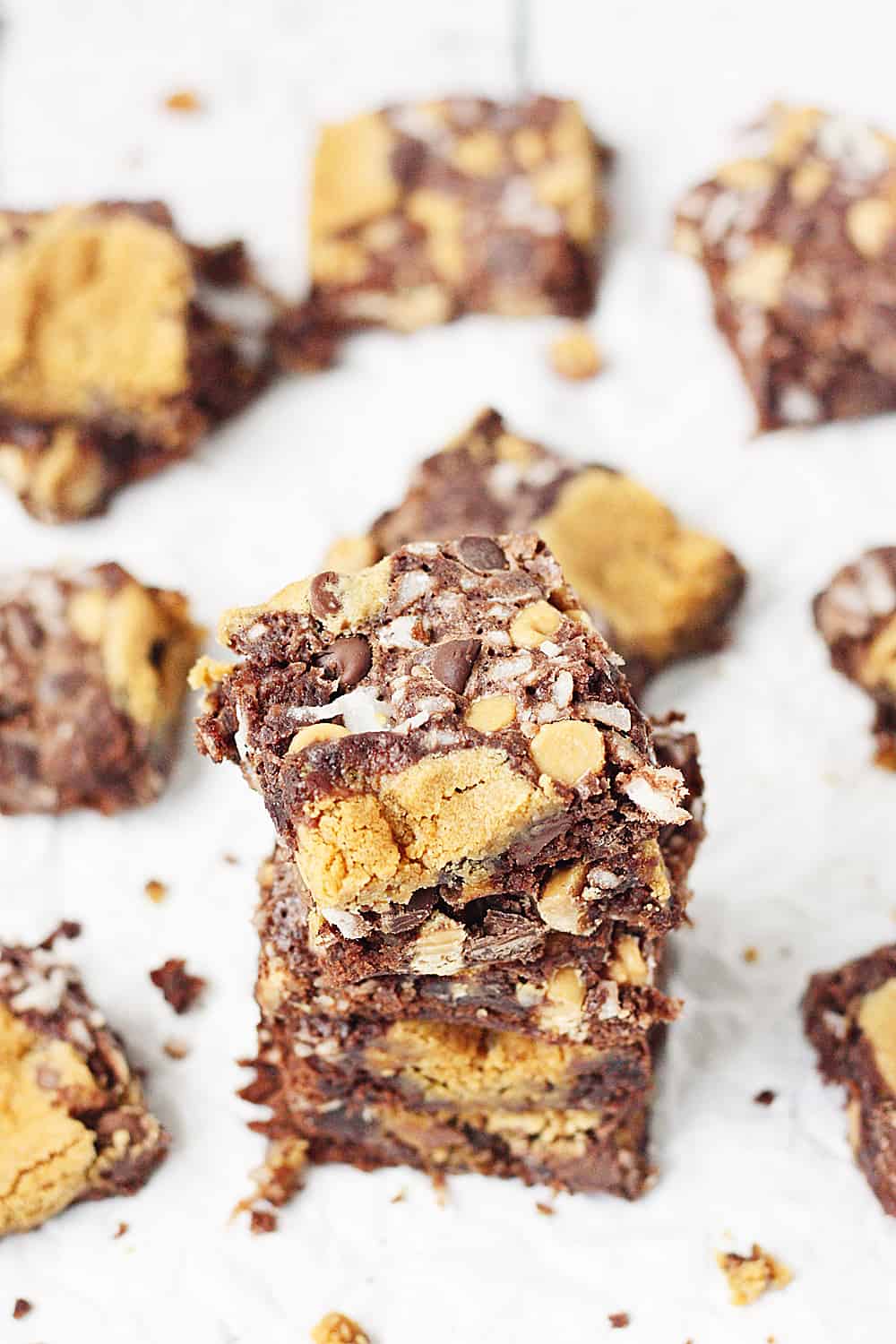 I'm pretty sure at least half of all brownie batches baked should have peanut butter somewhere in them. My peanut butter swirl brownies are at the top of my brownie recipe list due to that heavenly swirl of peanut butter batter. And let's not forget this peanut butter chocolate trifle with its layers of fudgy peanut butter brownies, chocolate pudding, whipped topping, and chopped Reese's Peanut Butter Cups! 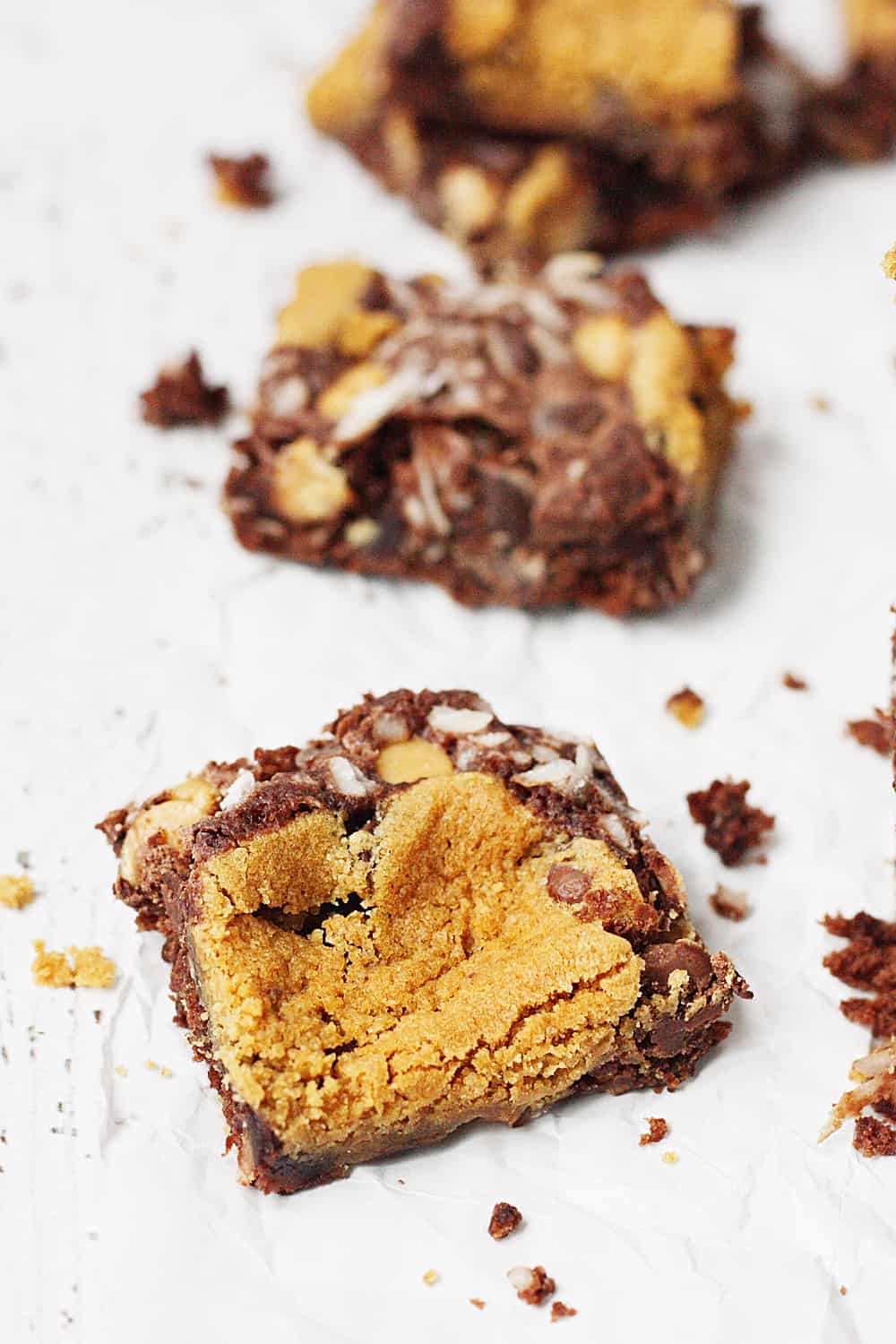 But I digress. Let's bring it back to these amazing double peanut butter coconut brownies. One of the great things about this brownie recipe is it uses a brownie mix and refrigerated cookie dough so there's way less work involved than if you tried to make these from scratch. I like less work. 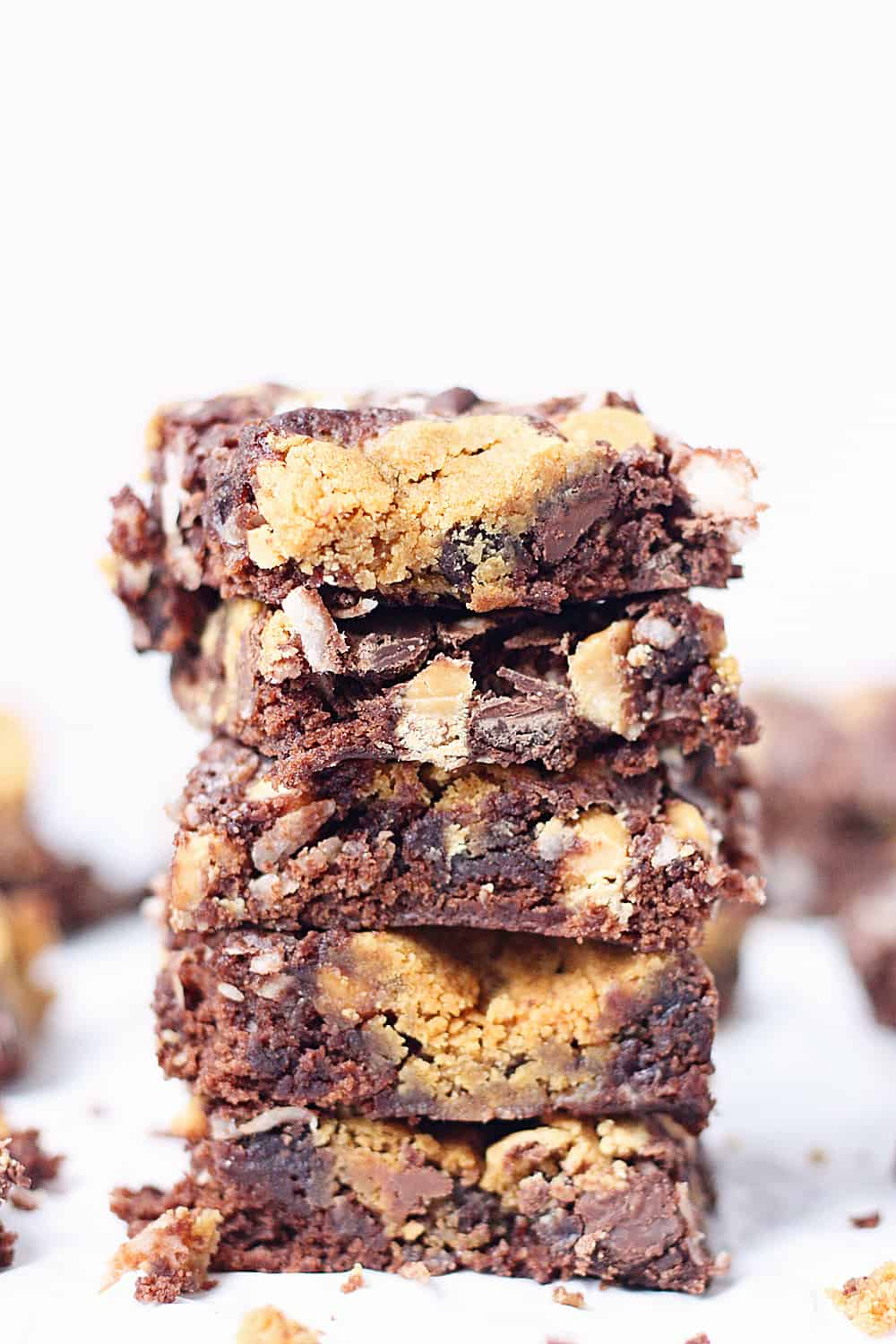 The other great thing is it makes an entire sheet pan of brownies, which means you can host both your oldest daughter's college friends and your second-oldest daughter's Dungeons & Dragons group in the same weekend and have enough brownies for everyone! (It helps if you also serve my mom's famous Texas sheet cake and this decadent cake mix coffee cake.) 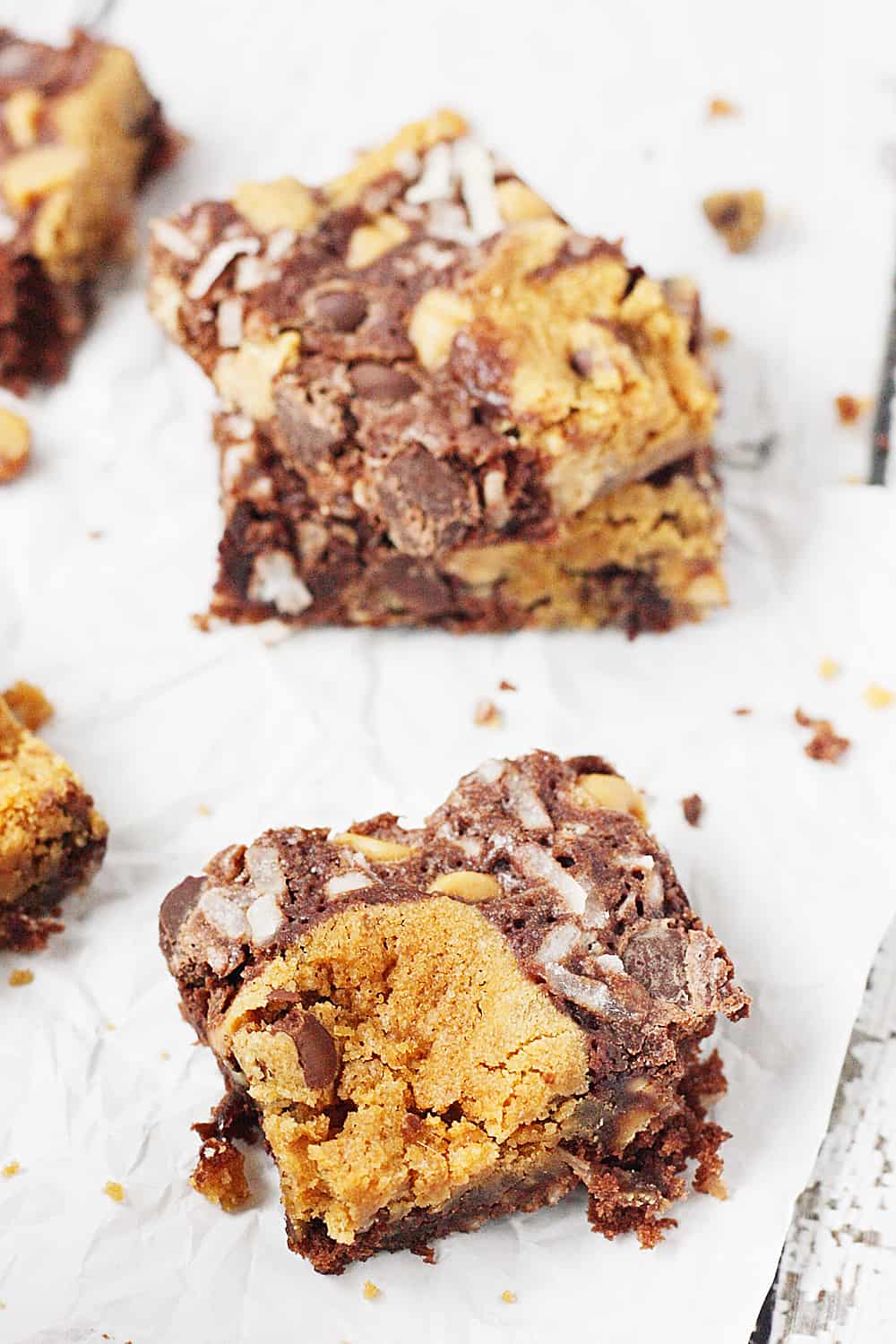 Livi helped me bake these sheet pan brownies and we used a non-Pillsbury brownie mix. I recommend sticking with the suggested fudge brownie mix as the off-brand didn't bake up as nicely. Don't get me wrong, we had no problem eating the brownies (especially while still warm). But if you want your double peanut butter coconut brownies to taste extra stellar, go for Pillsbury Chocolate Fudge Brownie Mix. You'll also want to stick with the Reese's peanut butter chips; they are my favorite peanut butter baking chips! 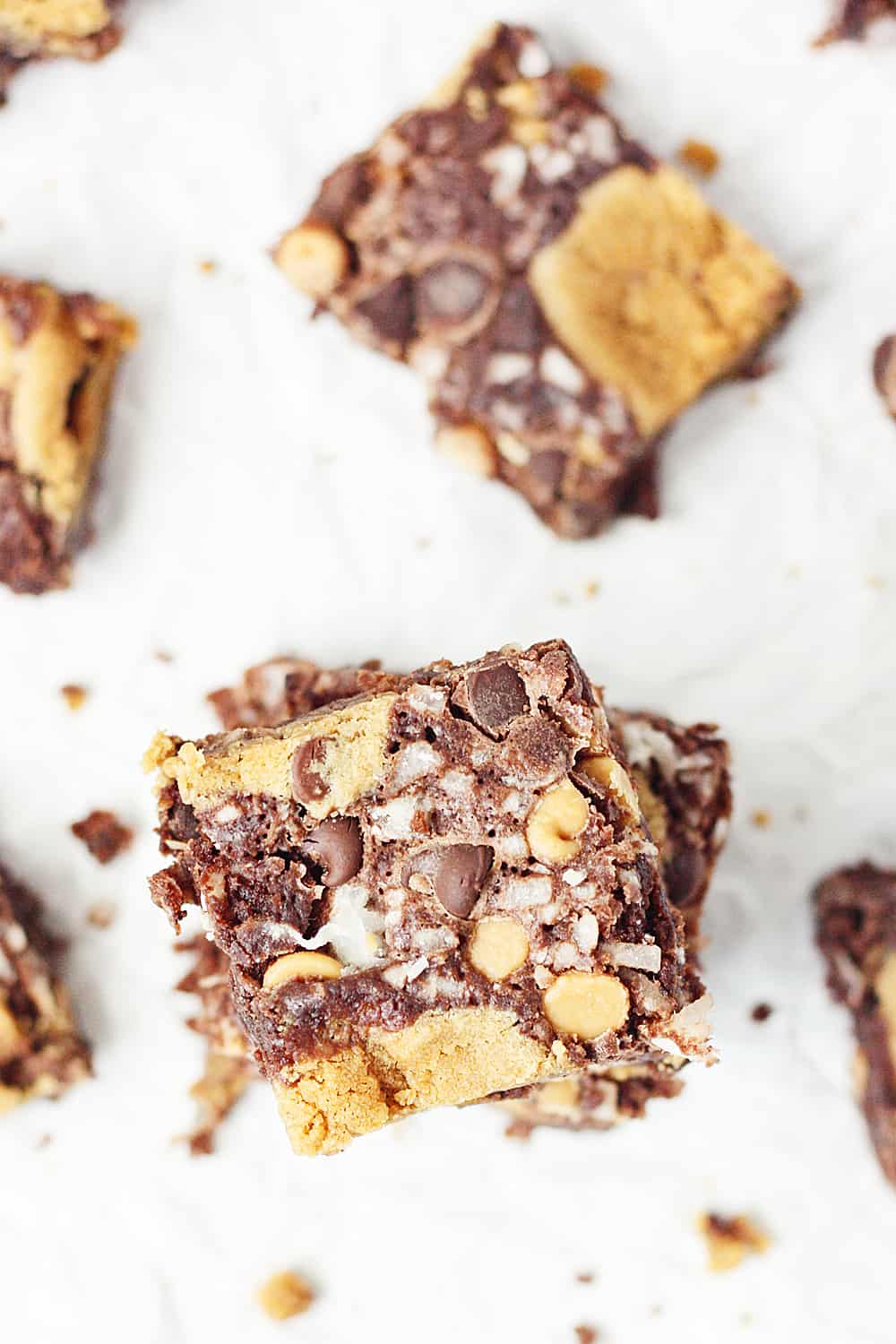 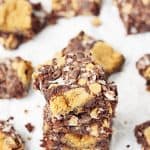 FOLLOW HALF-SCRATCHED ON INSTAGRAM and share the recipes you're whipping up in the kitchen. Don't forget the #HALFSCRATCHED hashtag so we can see what you've made! 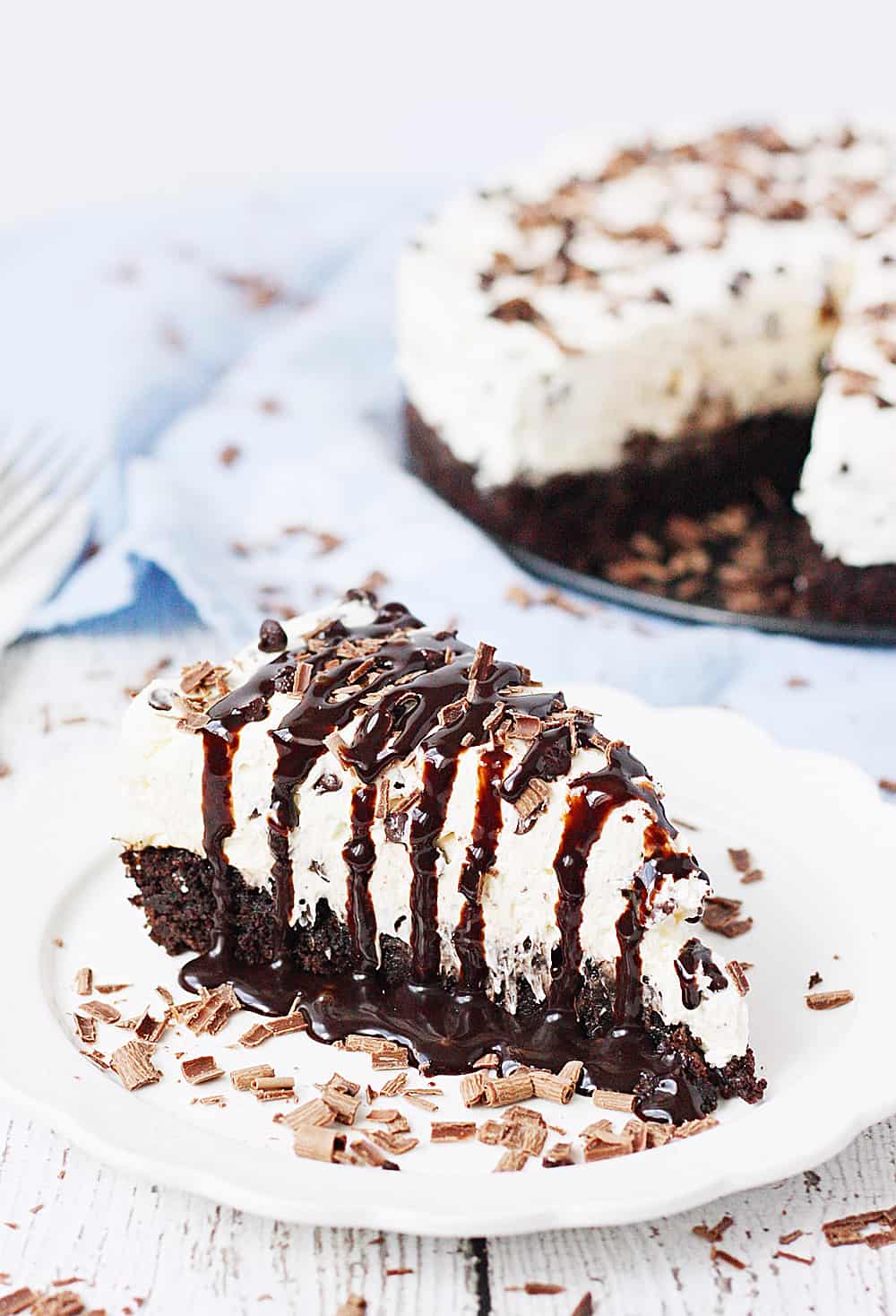 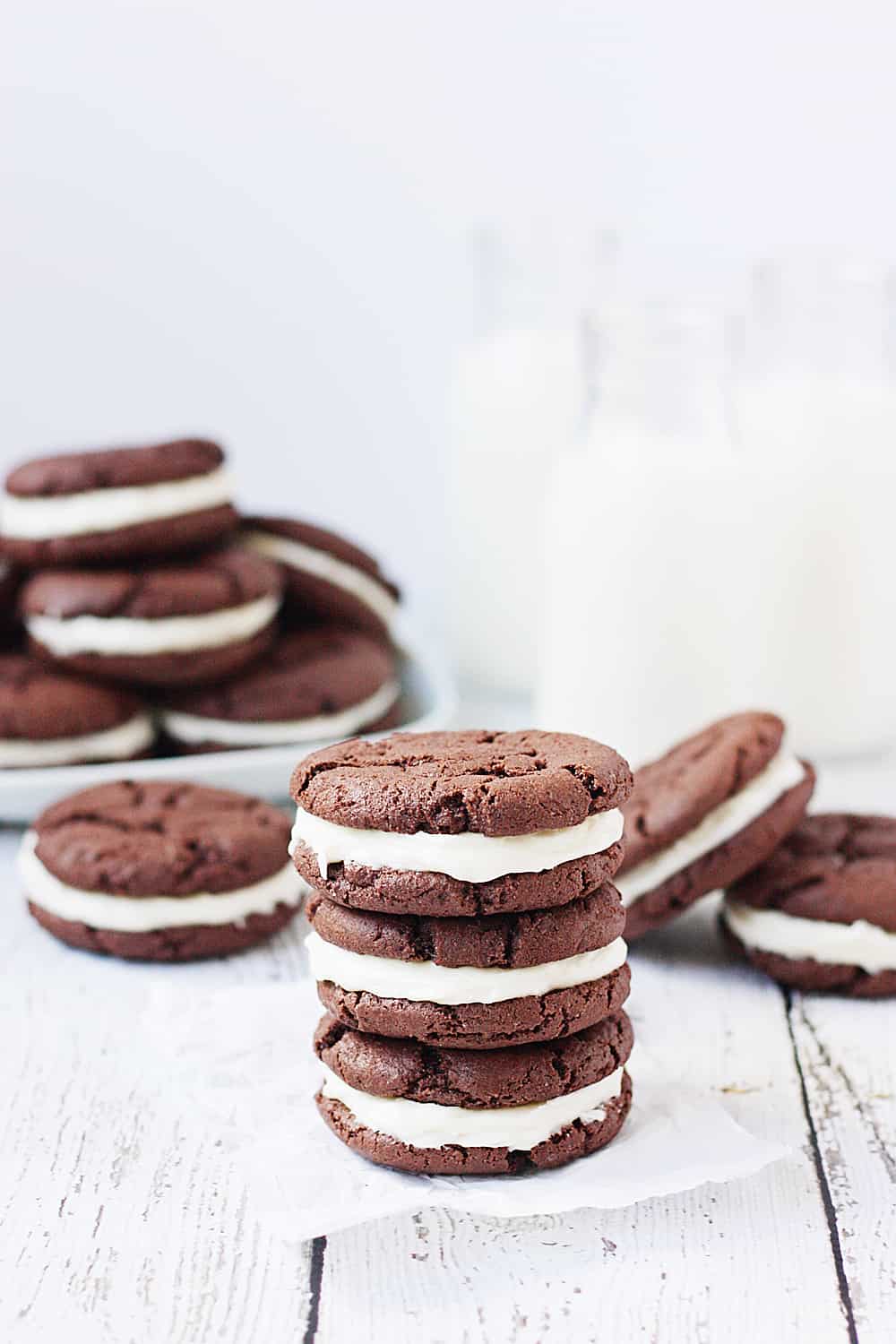 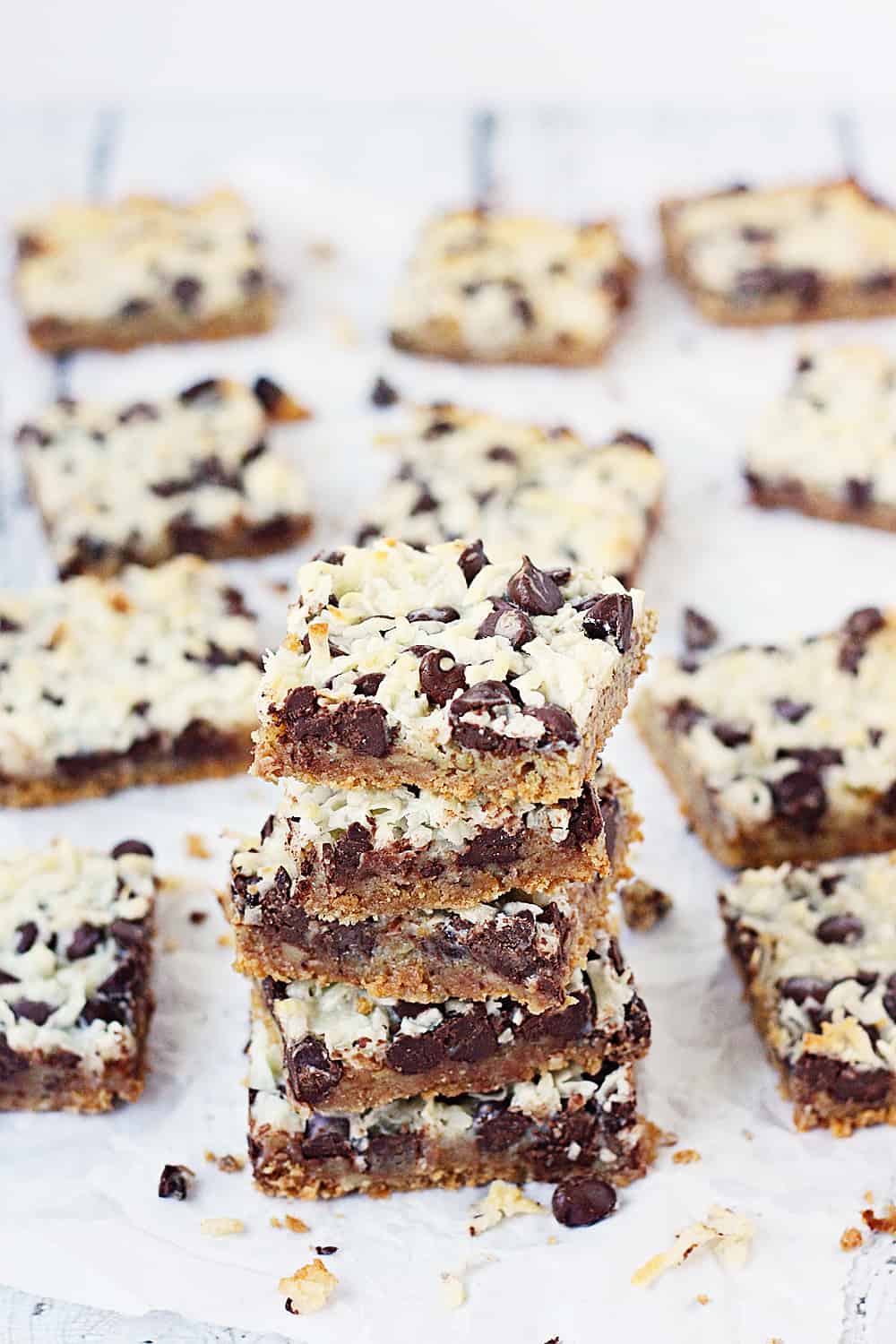