Guess what? You don't actually have to bring cookies to a cookie exchange. You can bring fudge, cereal treats and yes, even pumpkin mini muffins. Jen's annual cookie exchange offered the perfect opportunity to finally try one of the recipes I'd pinned on Pinterest: baked pumpkin doughnut holes.

The pin was for a recipe on Two Peas and Their Pod, who originally found it on Pinterest. (It's like the circle of life or something.) I adjusted the cinnamon sugar mixture in their recipe as it had far too much cinnamon for my taste. (Original used ⅔ cup sugar and 2 T cinnamon.) Feel free to adjust it as you like!

Oh, and they were yum. Very much so. 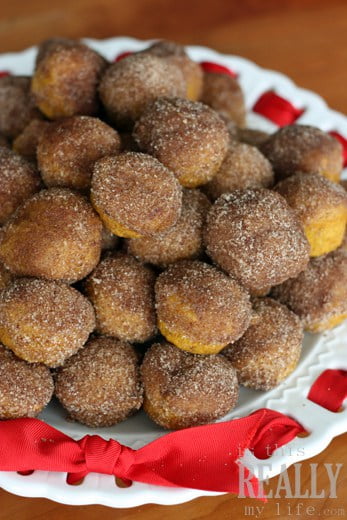 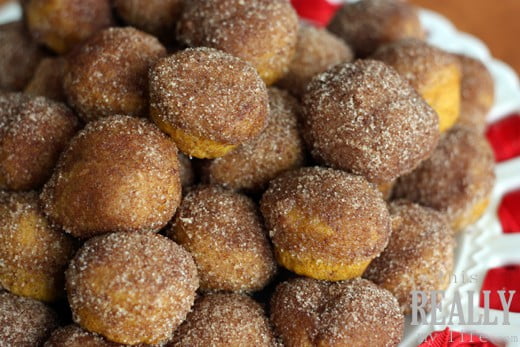